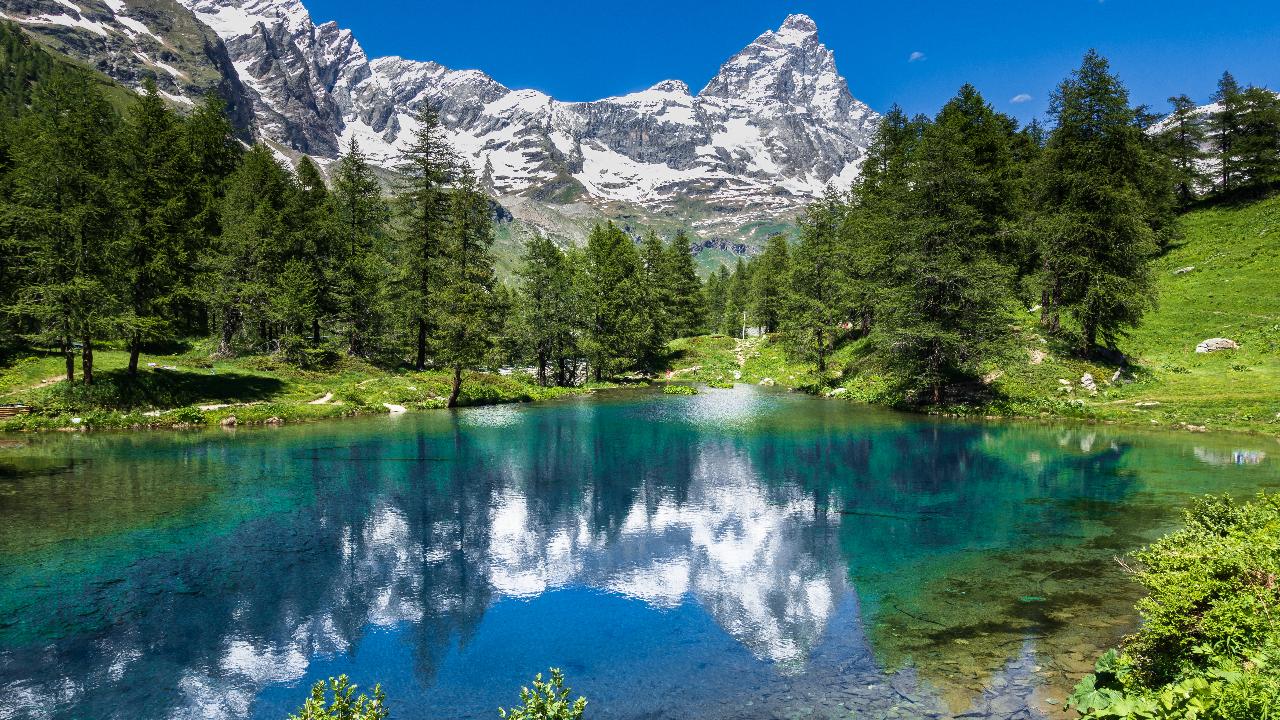 Blue Lake and the Matterhorn (Cervino) 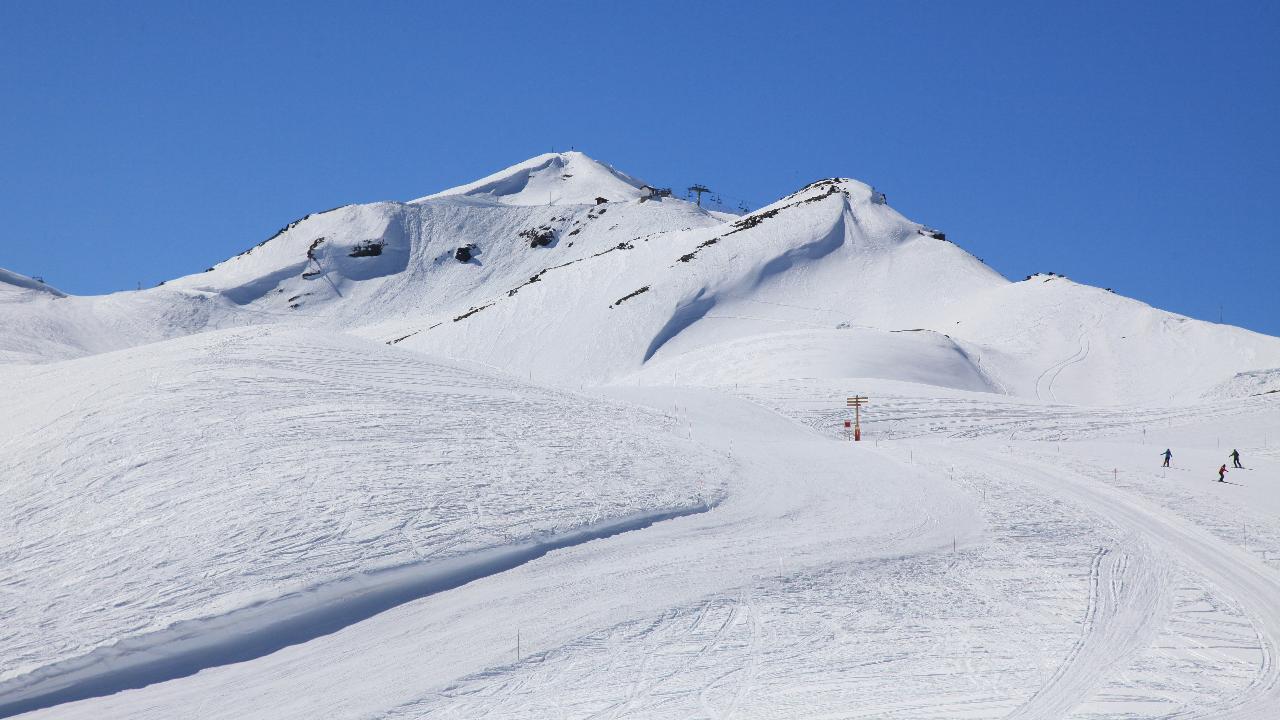 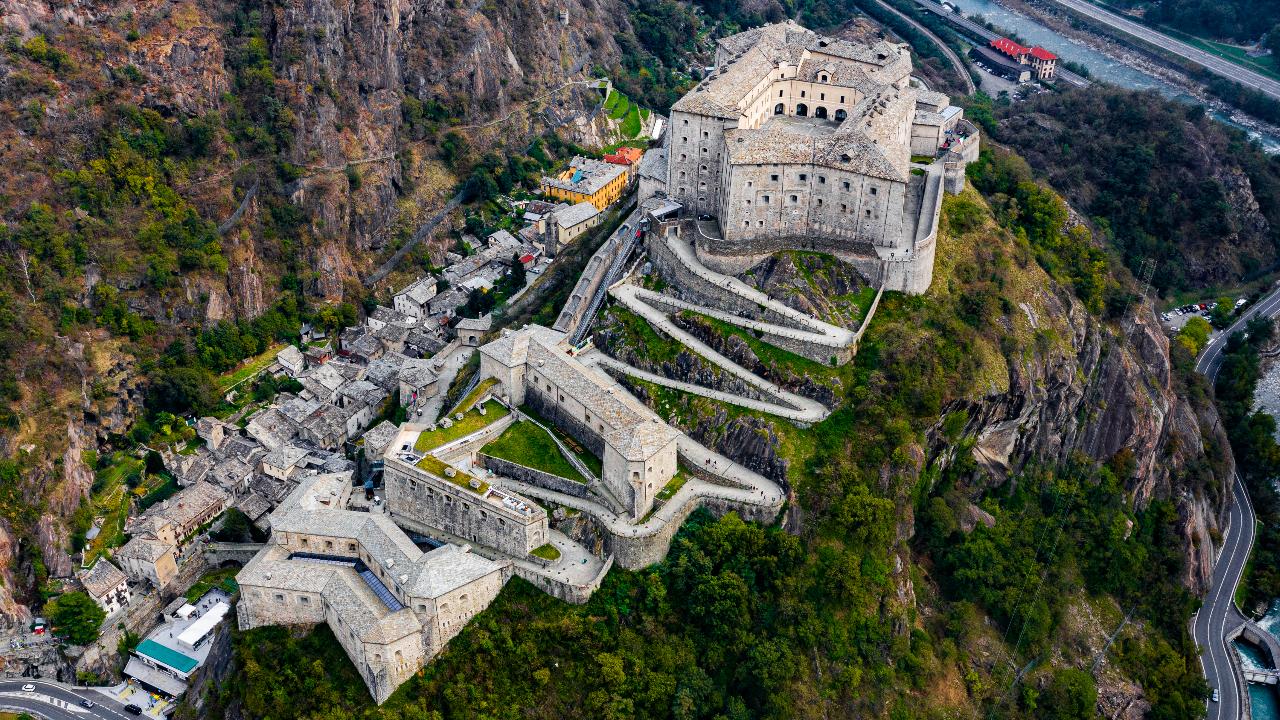 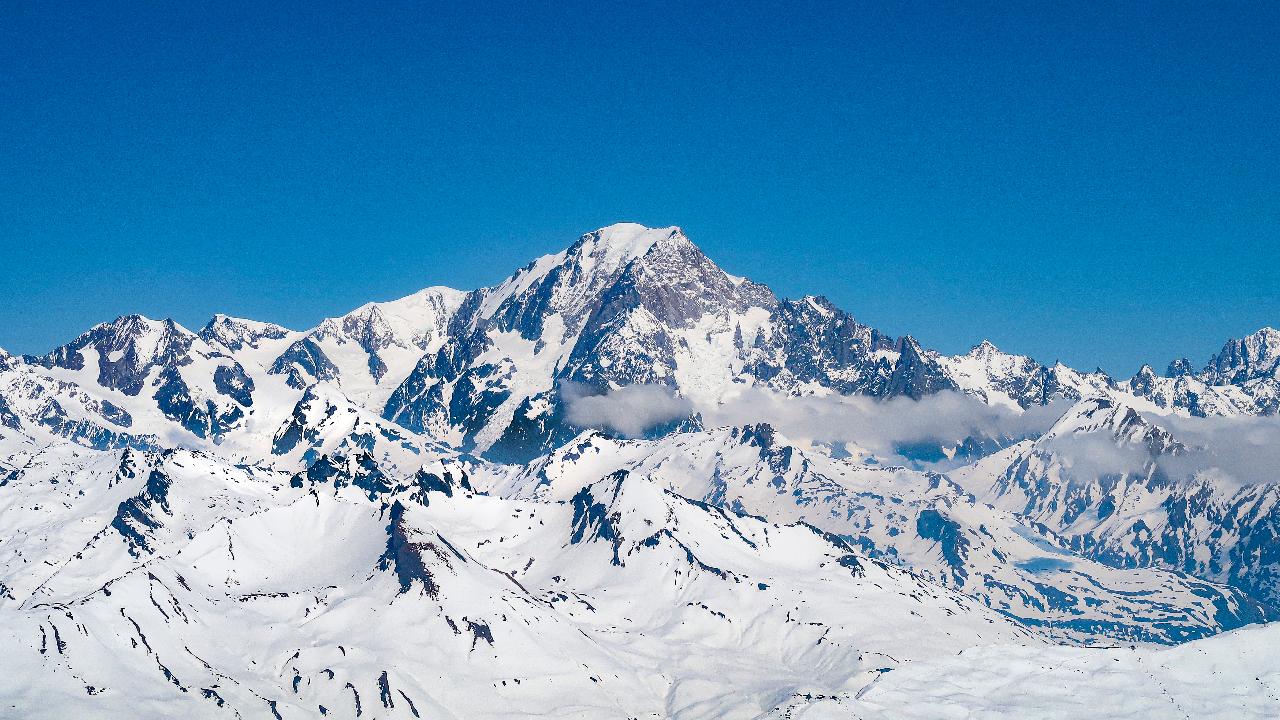 The smallest region of Italy is entirely mountainous, with the highest peaks in Europe, including Mont Blanc, Monte Rosa, Gran Paradiso and “the pearl of the Alps”: the Matterhorn. Always considered the land of the merger between Italy and France, Val d’Aosta is historically the “North-West passage” of pilgrims who entered Italy after crossing Switzerland or France. The ancient Augusta Praetoria Salassorum (today Aosta), founded by the Romans in 25 BC and nicknamed “the Rome of the Alps”, is the regional capital and boasts the honorary Arch of Augustus, the imposing Porta Praetoria, the main entrance to the city, and the grandiose Theater of the 1st century AD

Val d’Aosta means above all winter sports, with Gressoney, Cervinia, Pila, Courmayeur, La Thuile and Champoluc leading the platoon of many small and large equipped resorts which, among breathtaking scenery, offer over 800 kilometers of downhill slopes, international connections to other ski areas and 300 kilometers of trails for cross-country skiing, as well as a practically infinite choice of routes to be covered with snowshoes. But the Valley offers a lot in every period of the year: nature, first of all, with alpine lakes, mountain pastures and refuges connected by over 300 kilometers of paths, then the spas of Pré-Saint-Didier and Saint Vincent (a city that boasts also a Casino) and many vestiges and historical artifacts of its feudal history: the Roman bridge of the 1st century BC in the Lys Valley, the Fort of Bard from the Savoy period, the Roman road to the Gauls, the bridge-aqueduct of Pont d’Aël, also from the 1st century BC, the Castle of Fénis, the Castle of Issogne, the stronghold of Verrès, the Manor of Cly.

For your catering: the “Fonduta”, a mix of melted cheeses to eat by dipping pieces of bread or potatoes; the “Polenta concia”, the typical yellow flour polenta baked in the oven with slices of fontina cheese and melted butter; the “Seupa à la vapelenentse”, a soup prepared with stale white bread, fontina cheese, butter and savoy cabbage broth; “Costolette alla valdostana”, veal cutlets, breaded with ham and fontina cheese and then fried; the “Civet di chamois”, a sort of stew made with the meat of the chamois; the “Fontina”, a fat cheese produced with whole milk, whose sweet taste is accentuated with aging; the “Réblèque”, a fresh cheese obtained by processing only cream; the “Tomini di alpeggio”, briefly seasoned cheeses made in the shape of small circles; the “Jambon de Bosses”, a raw ham produced in the Gran San Bernardo valley since the 14th century; the “Lardo di Arnad”, a lard made from the meat of pigs raised only on chestnuts; the “Carne salada”, dried beef preserved in barrels with garlic, sage, rosemary and other aromas. Among the desserts: “Tegole”, thin biscuits made with chopped almonds and hazelnuts and mixed with egg white and sugar; the “Mecoulin”, a kind of panettone made from soft wheat flour, butter, eggs and lots of raisins; the “Bianco Mangiare”, a pudding made with milk and ground almonds; the “Caffè alla Valdostana”, a flavored coffee served in the traditional round cup of friendship in carved wood. Wines: Blanc de Morgex et de la Salle, Enfer d’Arvier, Torrette, Donnas, Chambave Muscat, Nus Malvoisie. 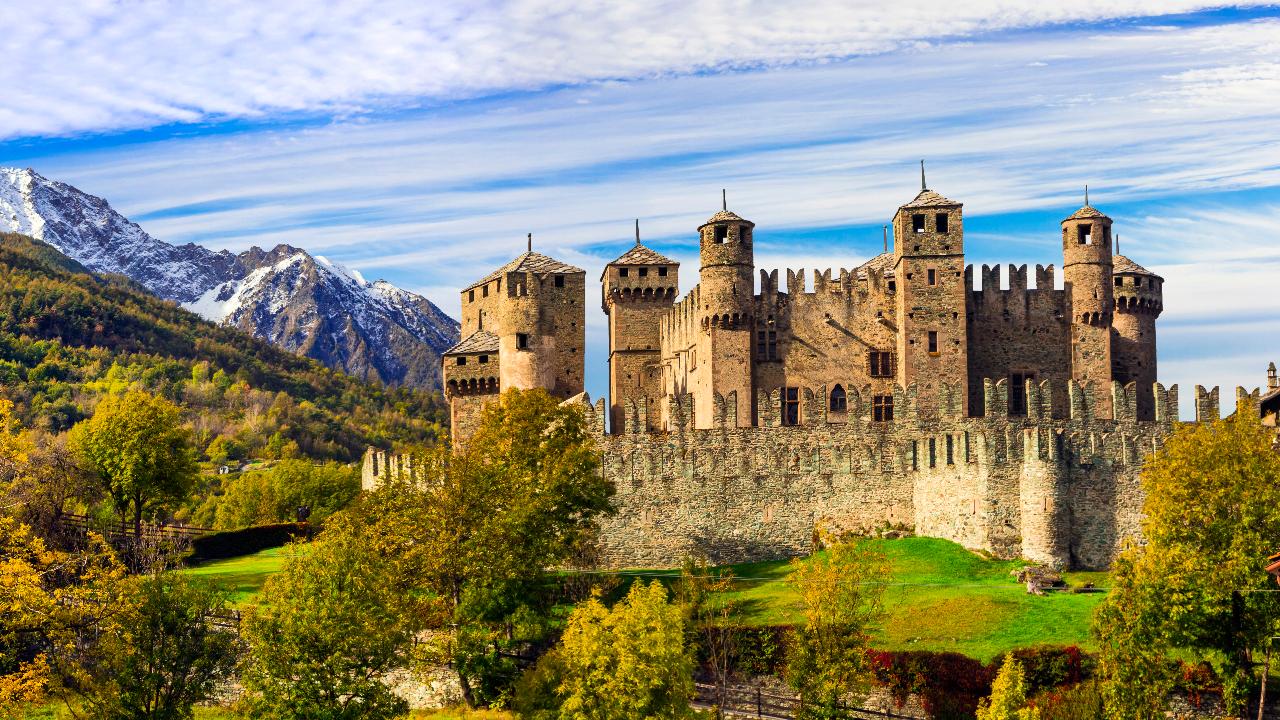 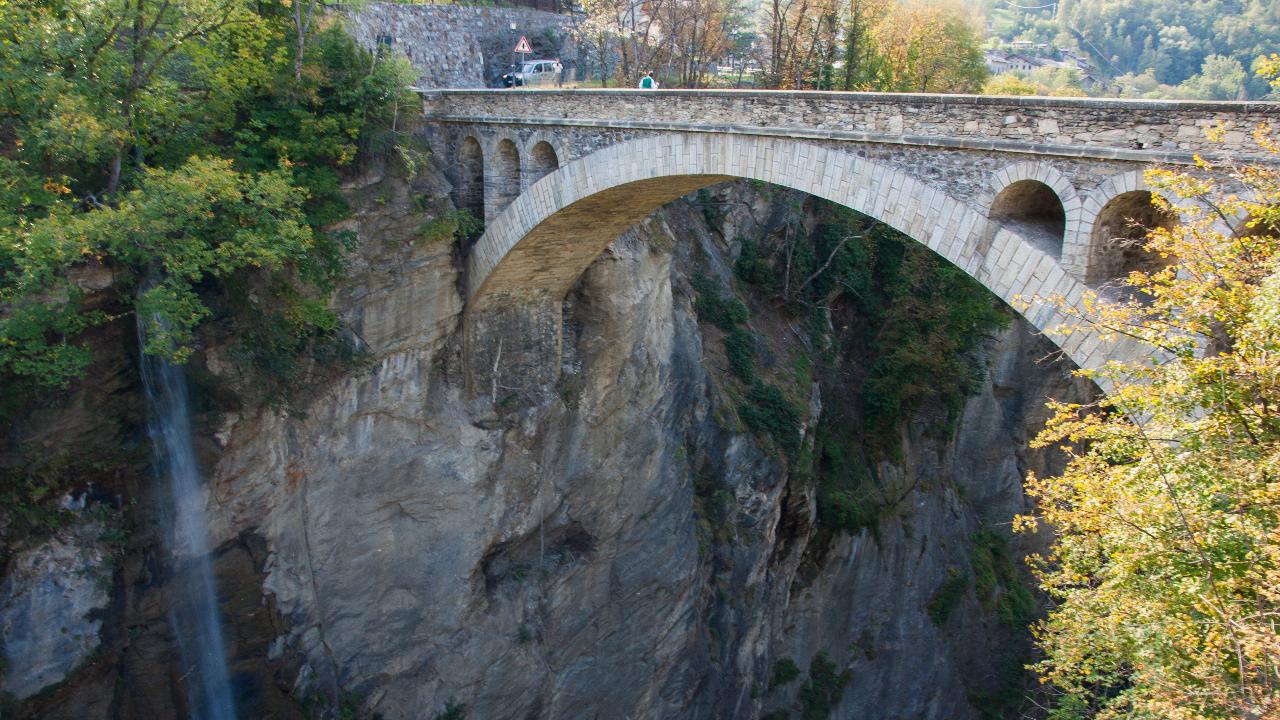 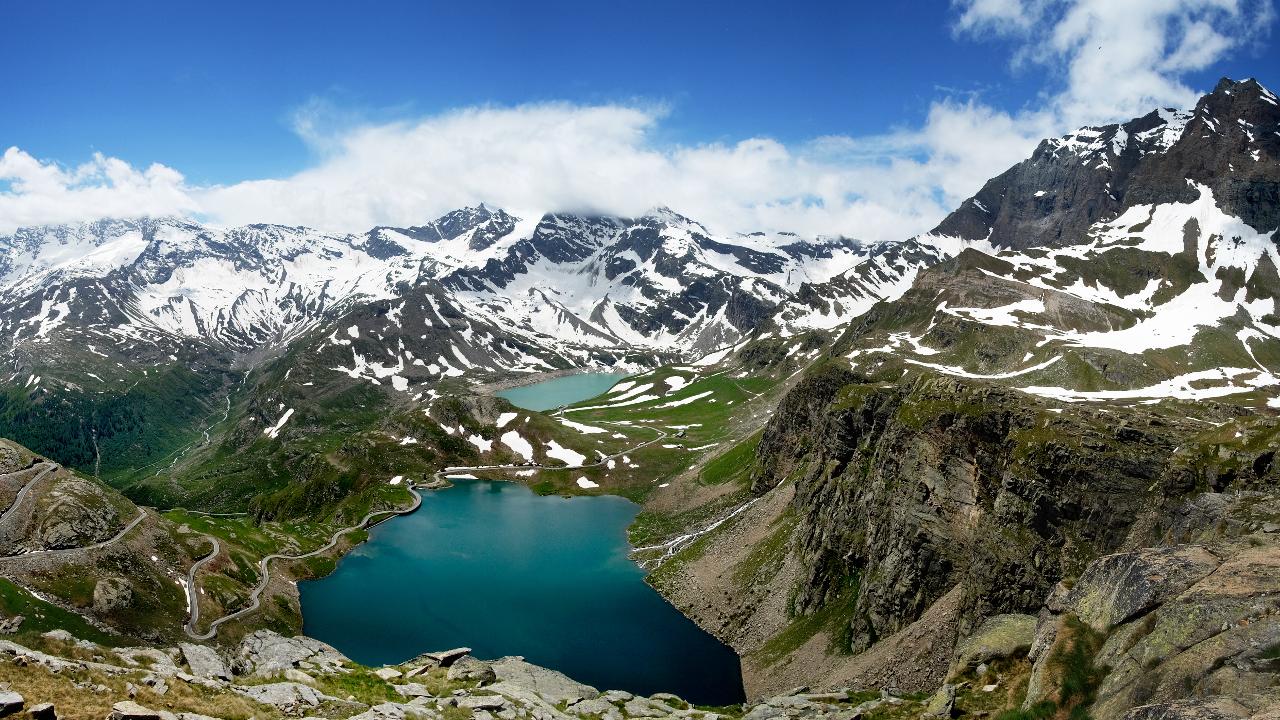 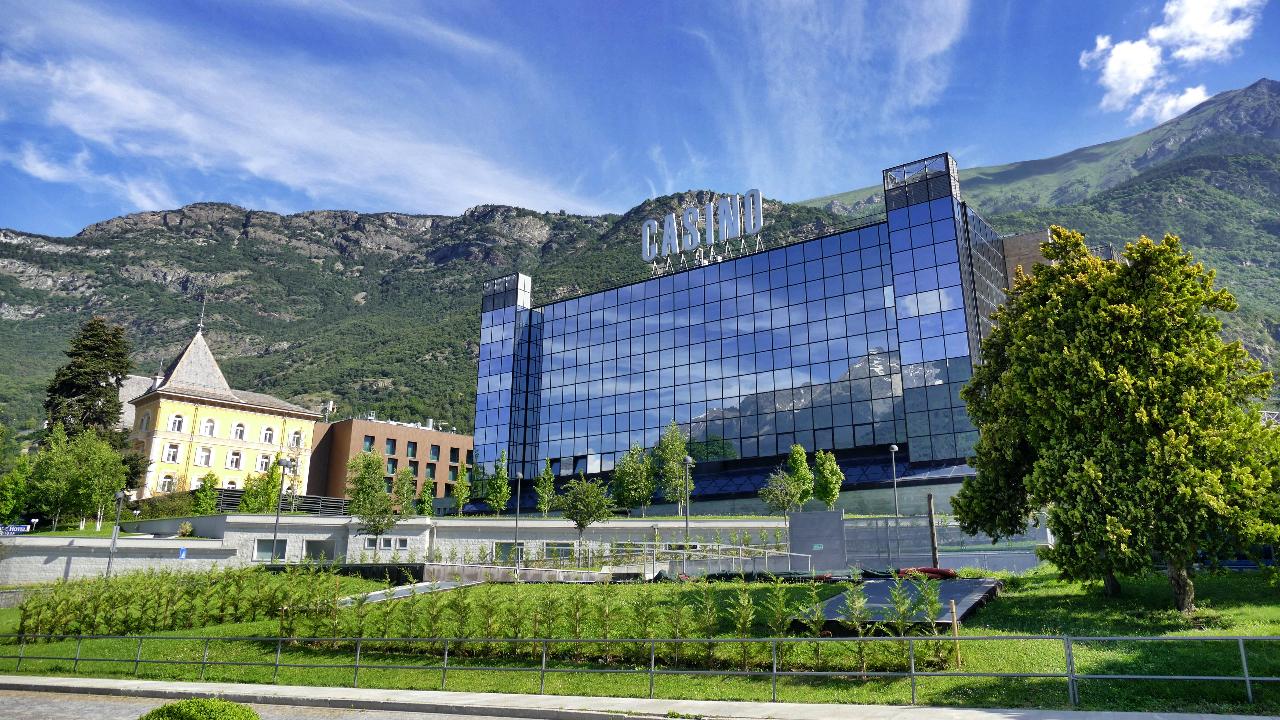 Locations available in the Aosta VAlley 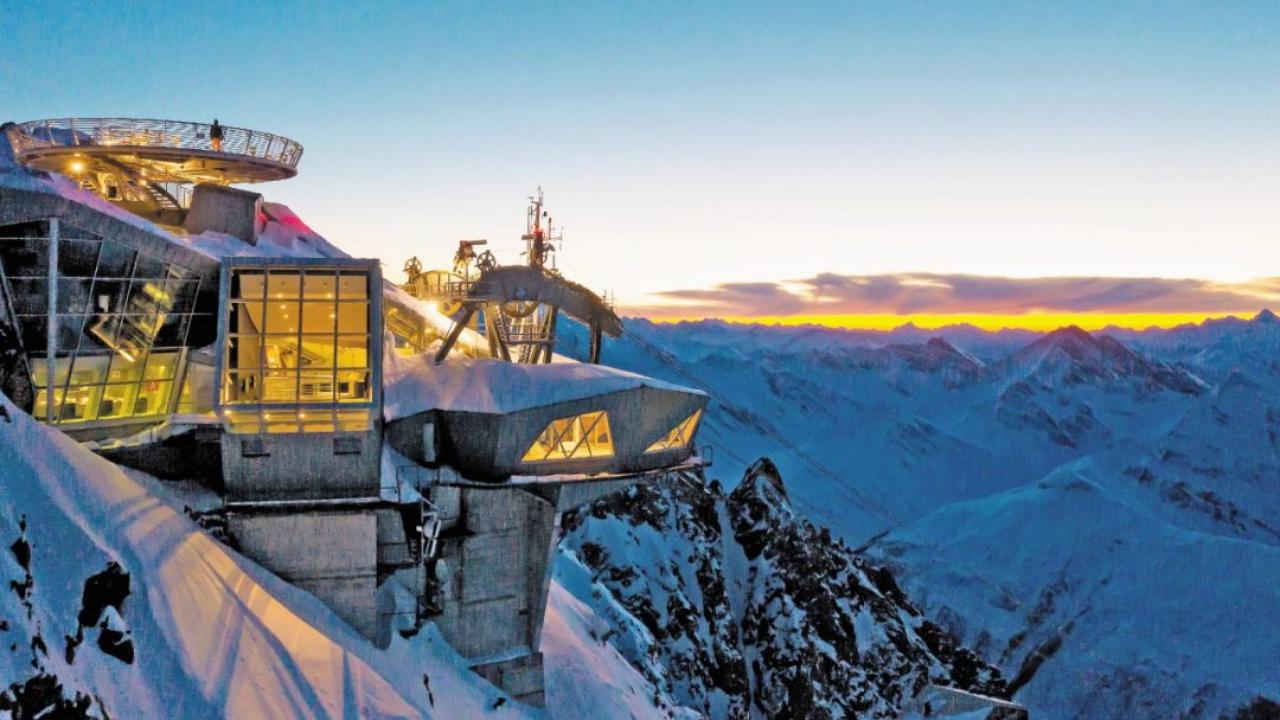 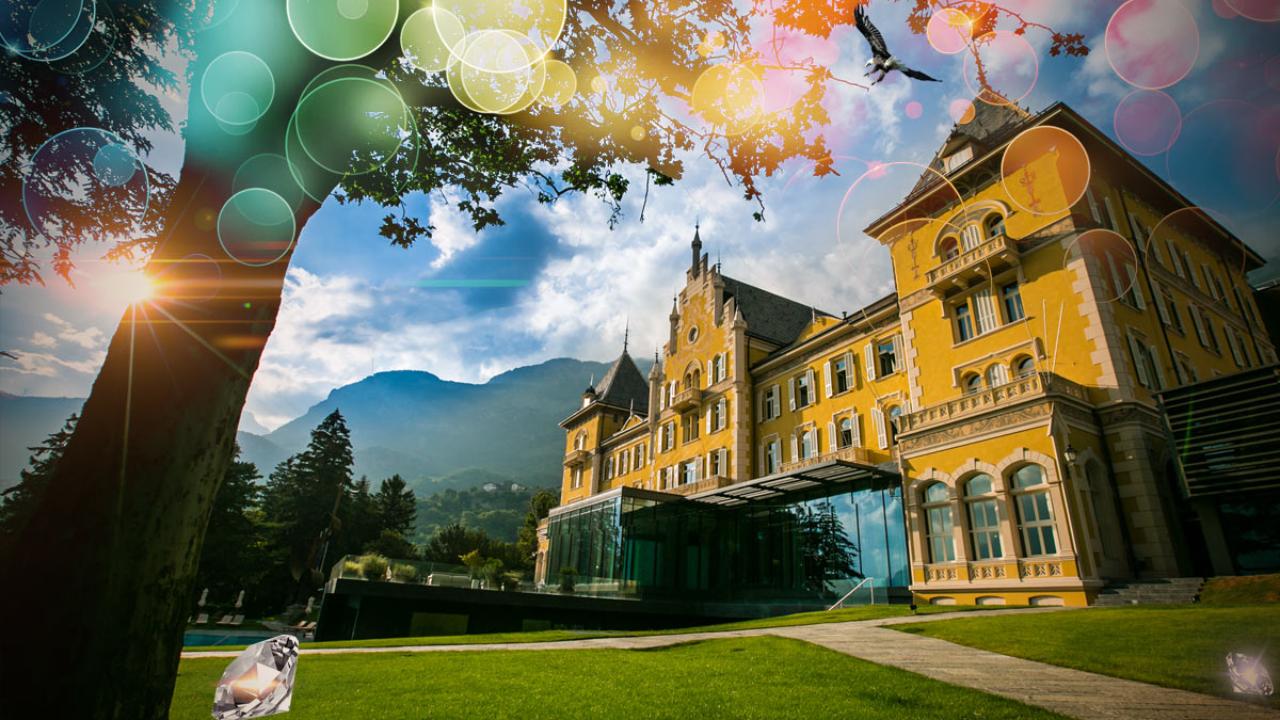 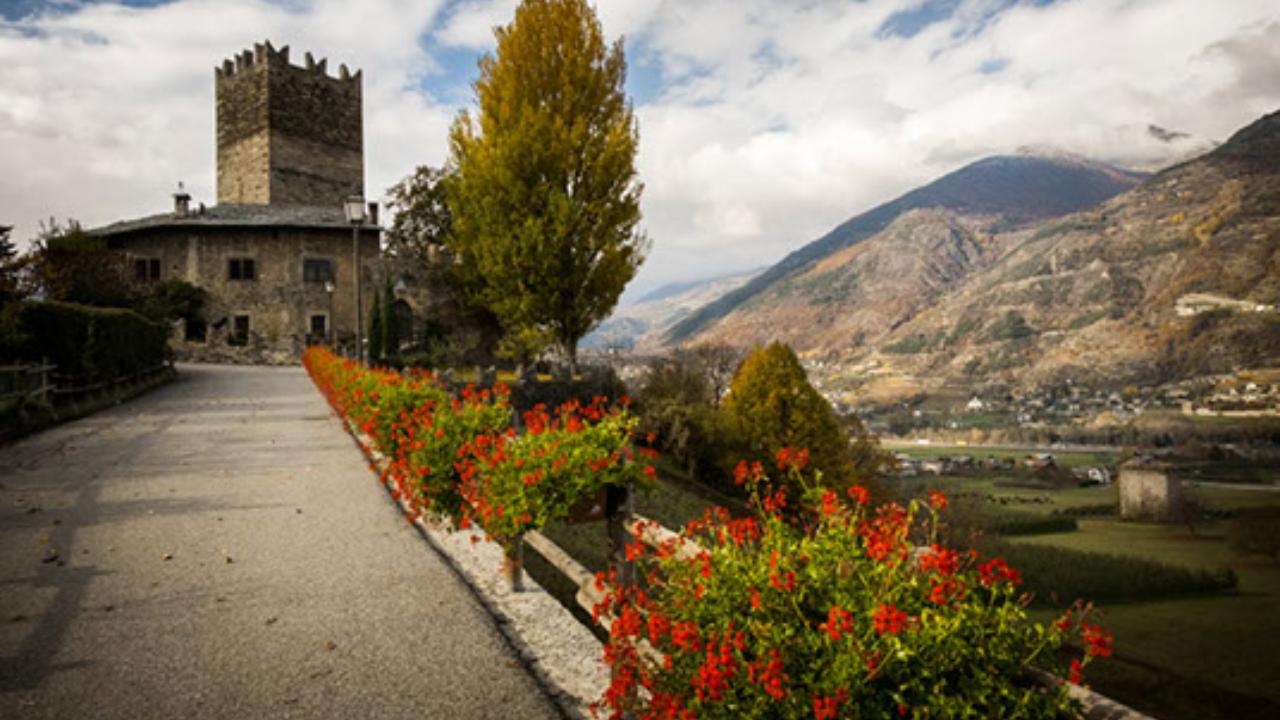 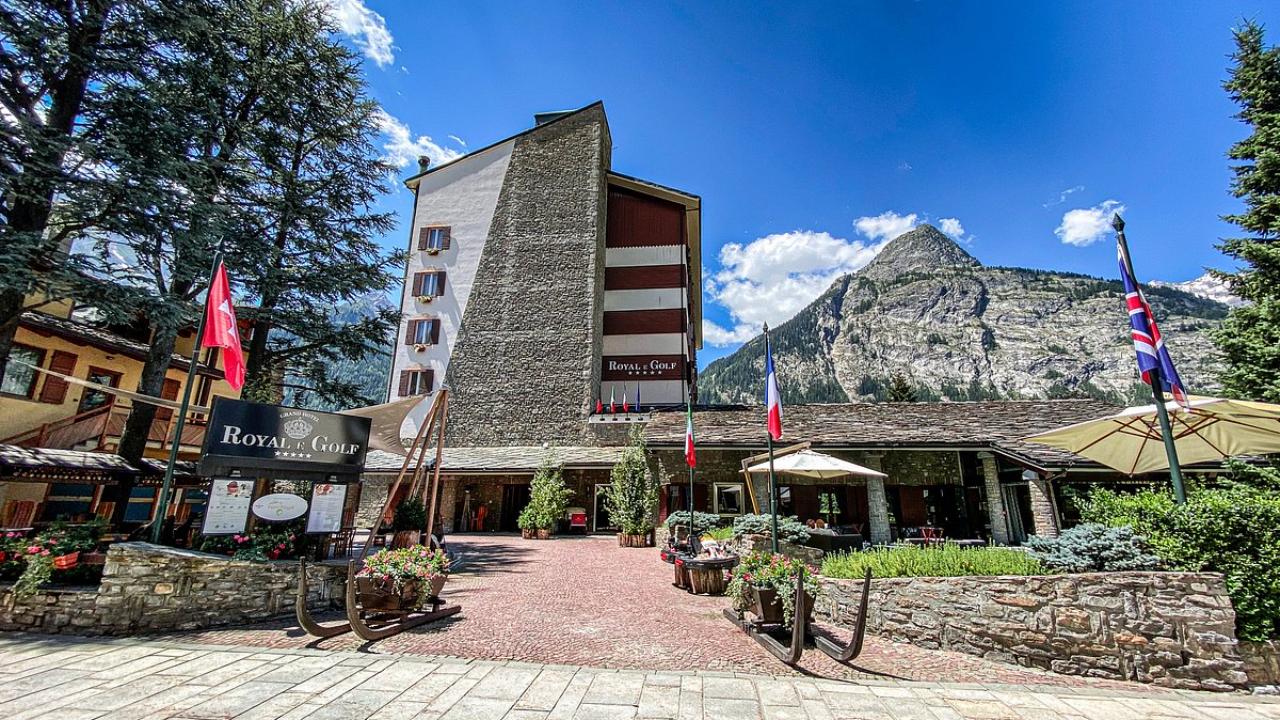 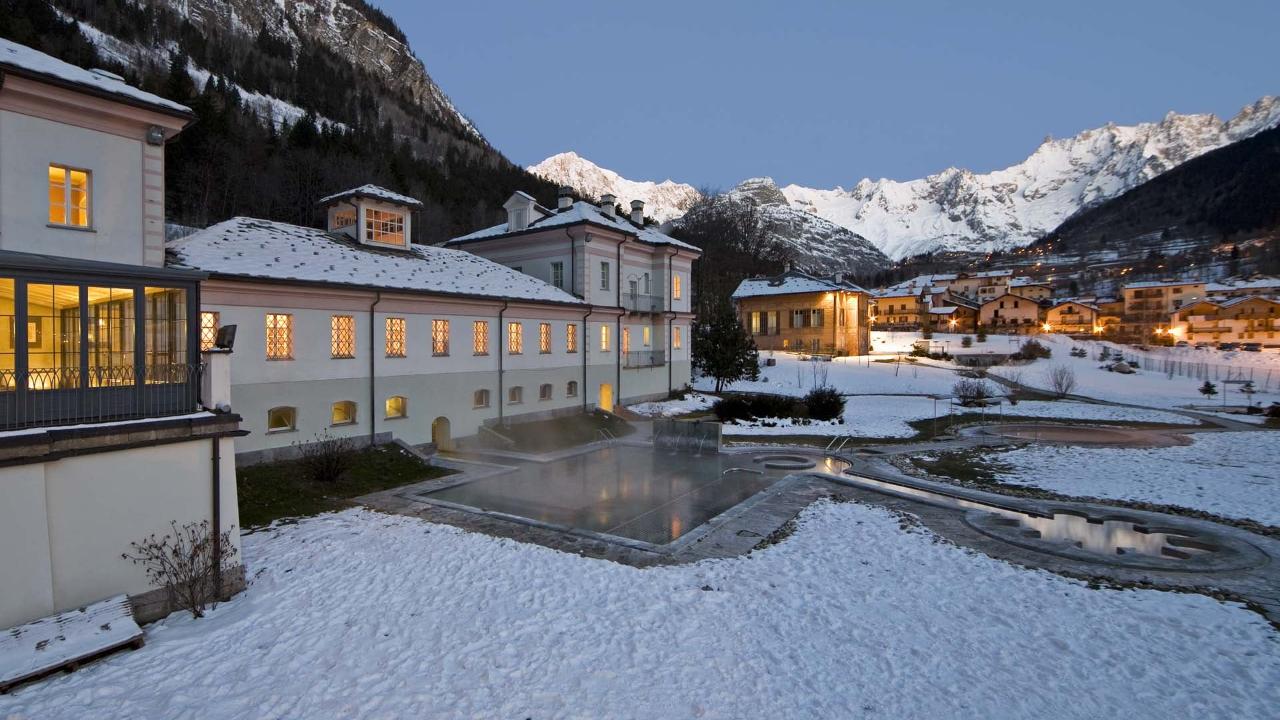 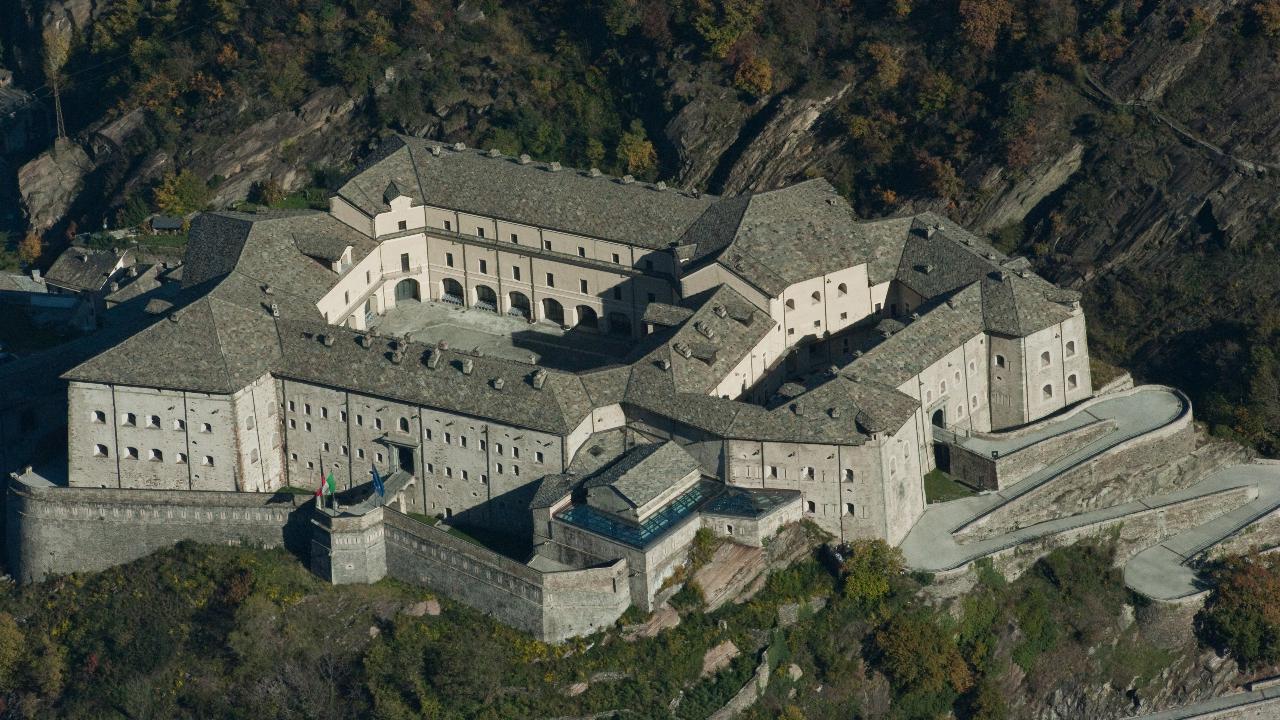 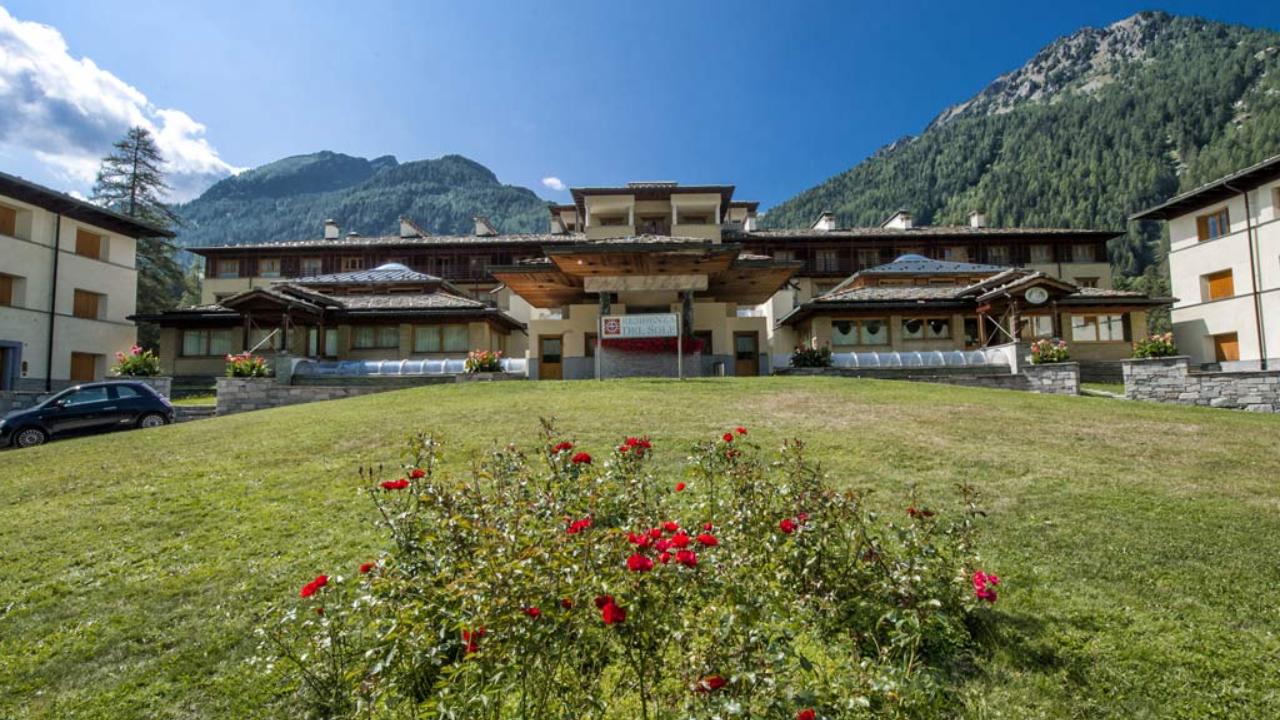 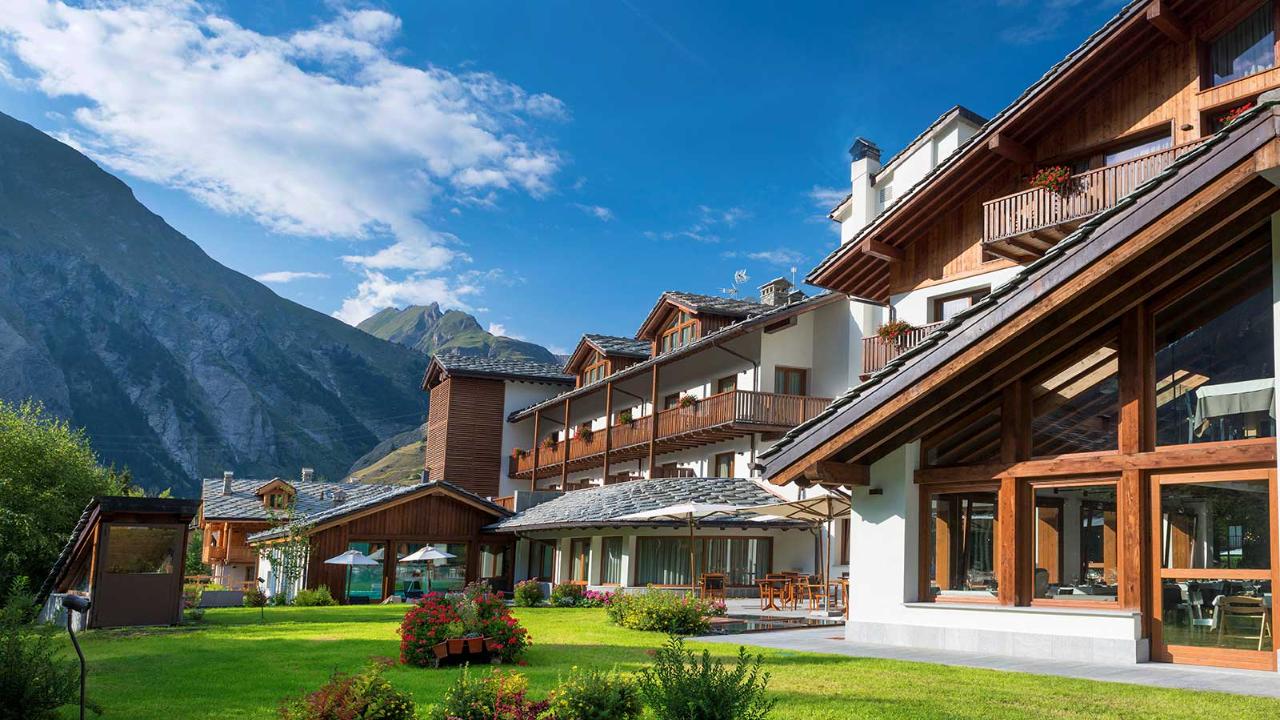 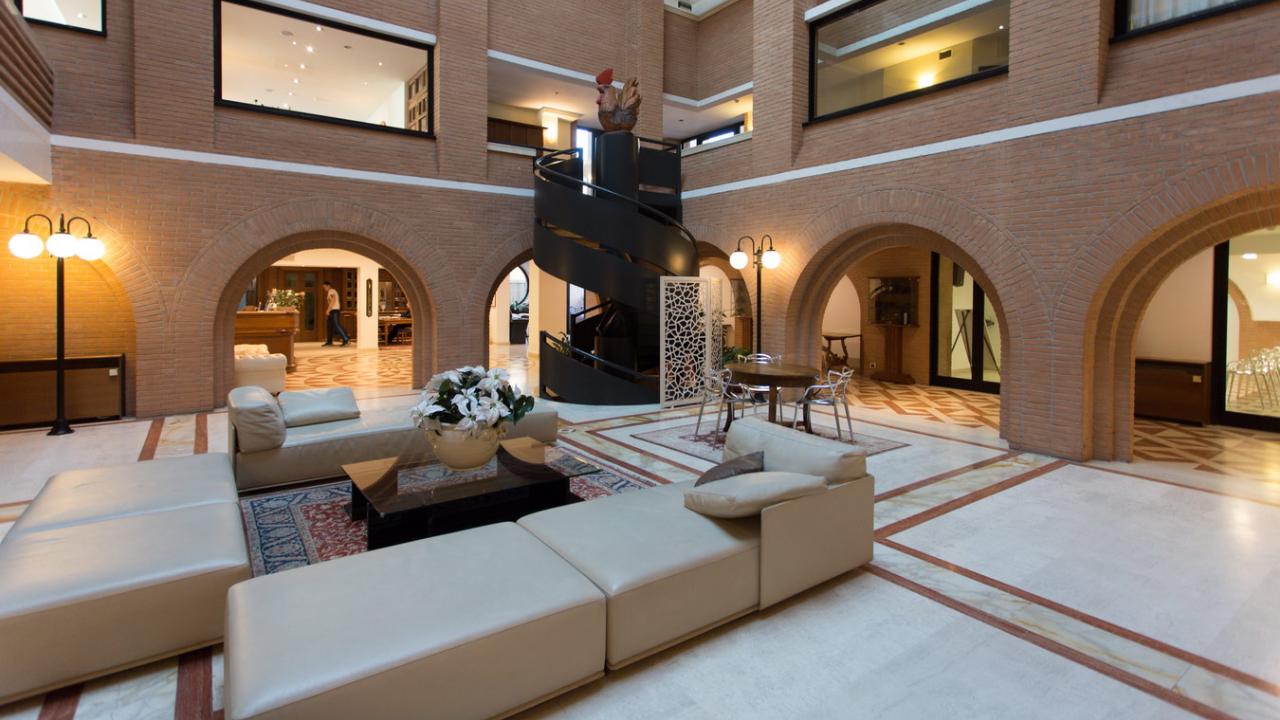