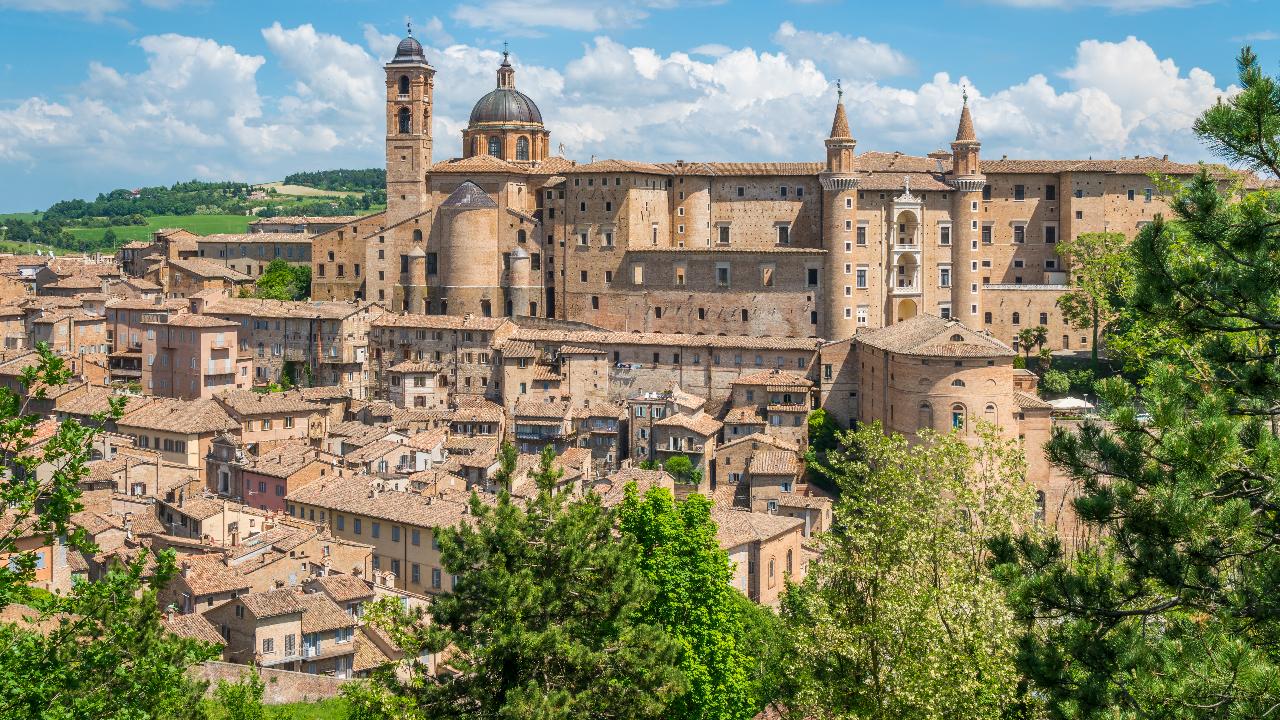 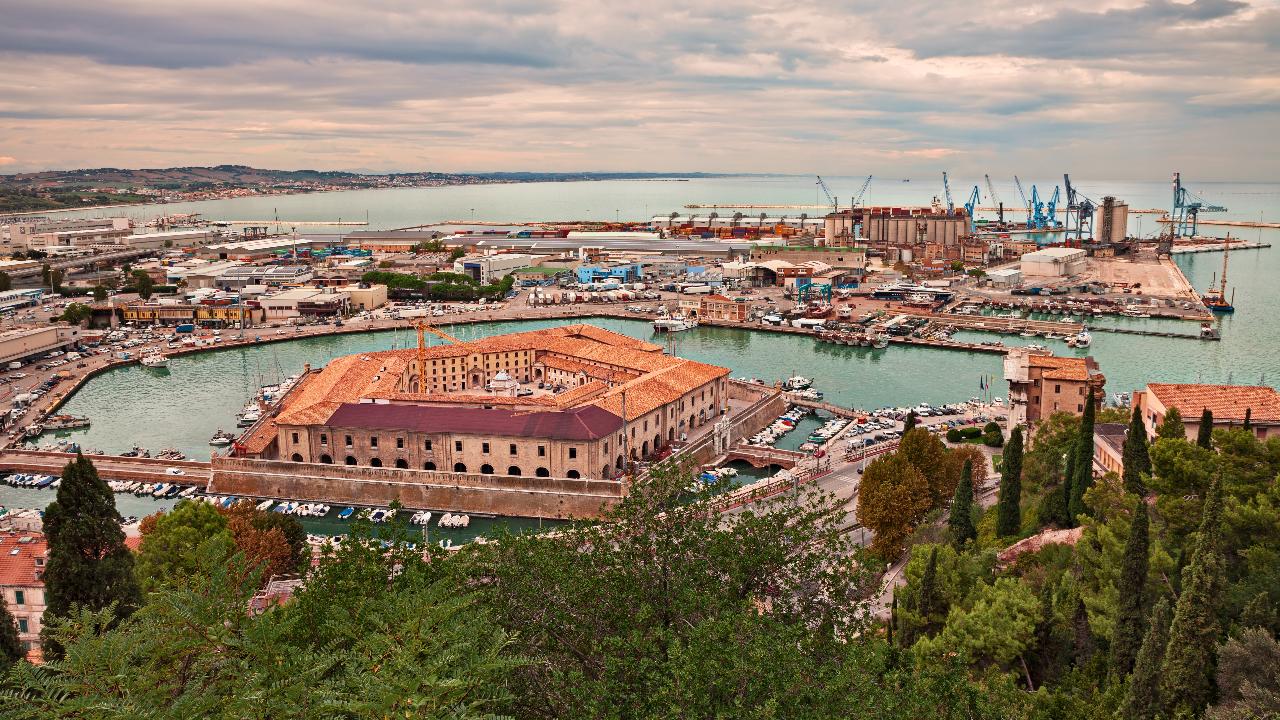 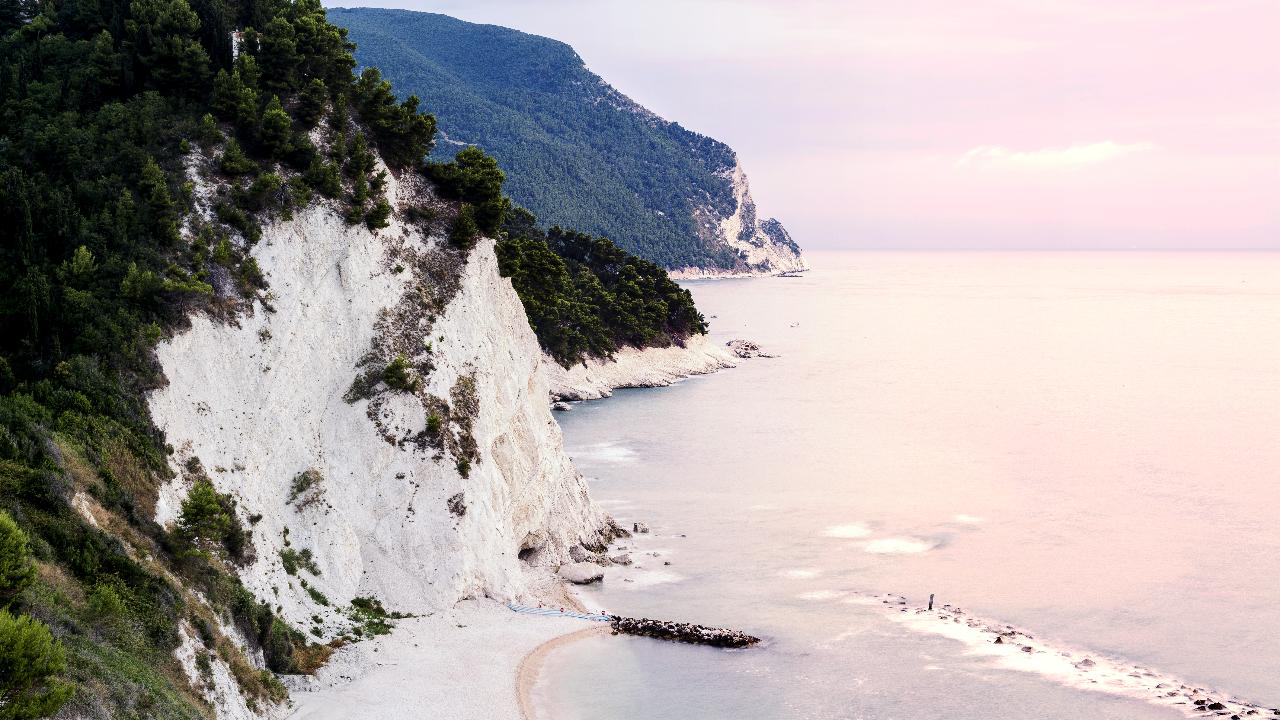 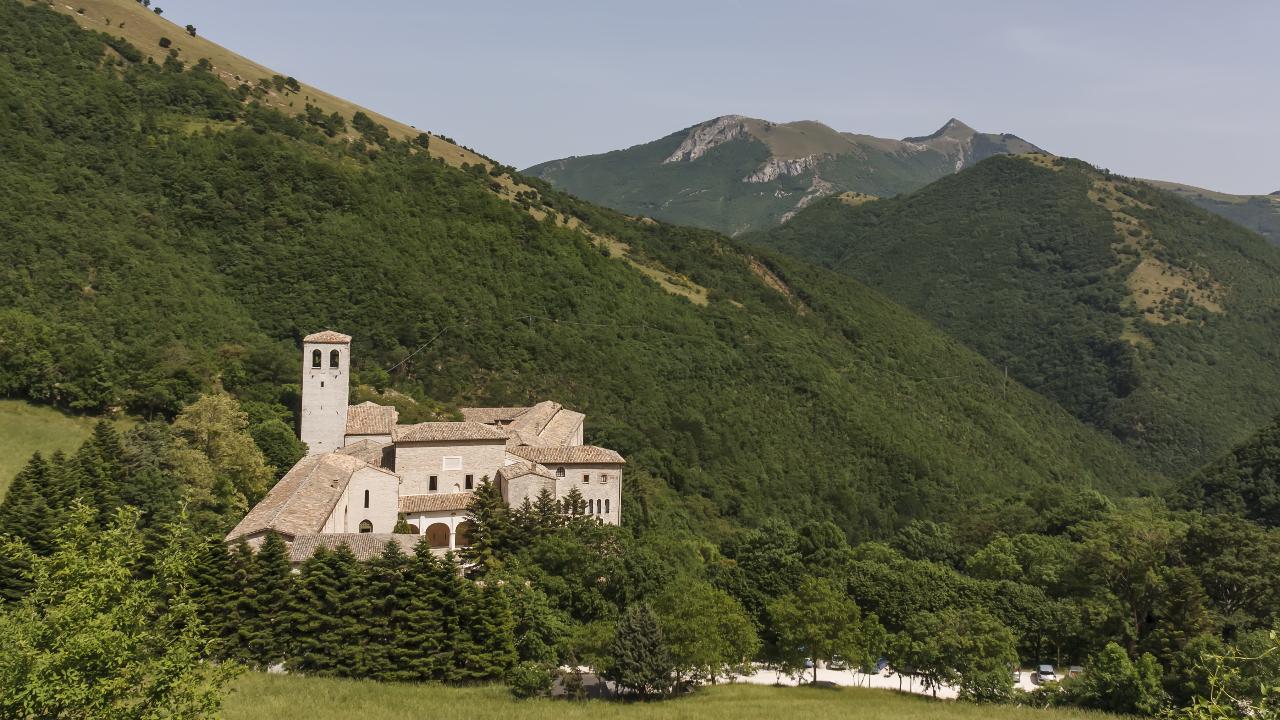 Between the Apennines and the coasts of the Adriatic, the Marche stretches, within which lies the magnificent Urbino (with the historic center which is part of the Unesco World Heritage Sites), a symbol of the Italian Renaissance and where, in that period, two very famous Italian artists were born: Bramante, an architect of great renown, and Raphael, the painter par excellence.

Although the territory of the Marche is mainly hilly and mountainous, there are 180 kilometers of coastline that overlook one of the most beautiful and cleanest seas in Italy, with long stretches of fine and golden sand surrounded by crystal clear waters, and bays. , gulfs, coves and inlets that offer suggestive sceneries and still wild edges that can only be reached by sea or through inaccessible paths, such as on the Conero promontory.

Among orchards and vineyards as far as the eye can see, you can reach the splendid caves of Frasassi, originating from a karst phenomenon and partly inhabited since prehistoric times. The cities of art, on the other hand, reveal squares that look like living rooms and medieval villages where time seems to have stopped. And, then, the Mariano di Loreto sanctuary, considered one of the most important pilgrimage sites in the Catholic world.

For your catering: “Vincisgrassi”, a baked pasta similar to lasagna; the “Olive all’ascolana”, green olives stuffed with meat, breaded and fried; the “Maccheroncini”, very fine egg noodles, special to be enjoyed with a rich meat sauce; the “Ciavarro”, a soup of cereals and legumes; the “Brodetto”, a soup that collects more than 14 fish specialties; the “Ciauscolo”, a tender and spreadable salami; “Coniglio in porchetta”, a special preparation of rabbit that includes the addition of wild fennel and bacon; the “Crescia”, a special mixture of water, flour, milk and yeast, for a pizza to be cooked on the grill and stuffed with wild herbs and cold cuts. Among the desserts, the “Lonzino di fico”, a compact dough made with figs, almonds, walnuts and aniseed; the “Ciambellone”, made only with eggs, butter, sugar and flour, scented with orange juice, colored with chocolate and alchermes, to obtain the pink color; the “Cicerchiata”, fried balls held together by honey and chocolate; the “Ciambelle di Mosto”, very fragrant and soft donuts, made with freshly squeezed grape must. Wines: Falerio, Rosso Piceno, Verdicchio, Vernaccia, Conero, Pergola. 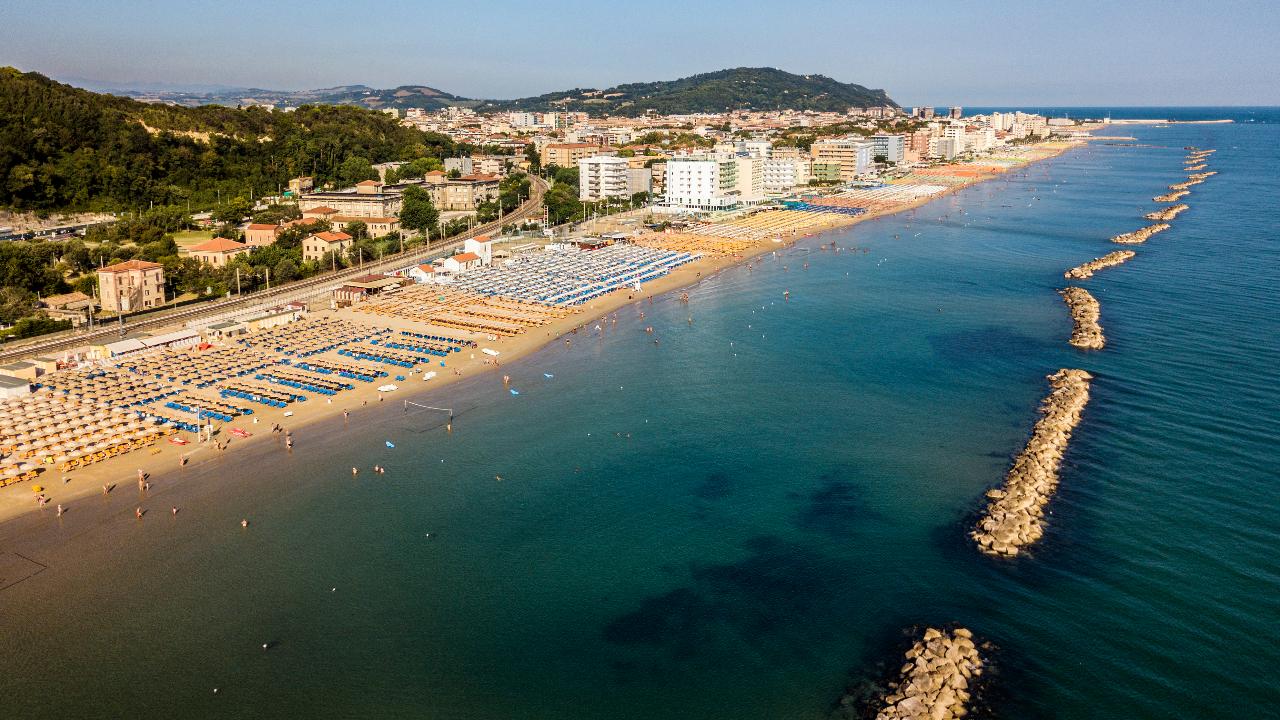 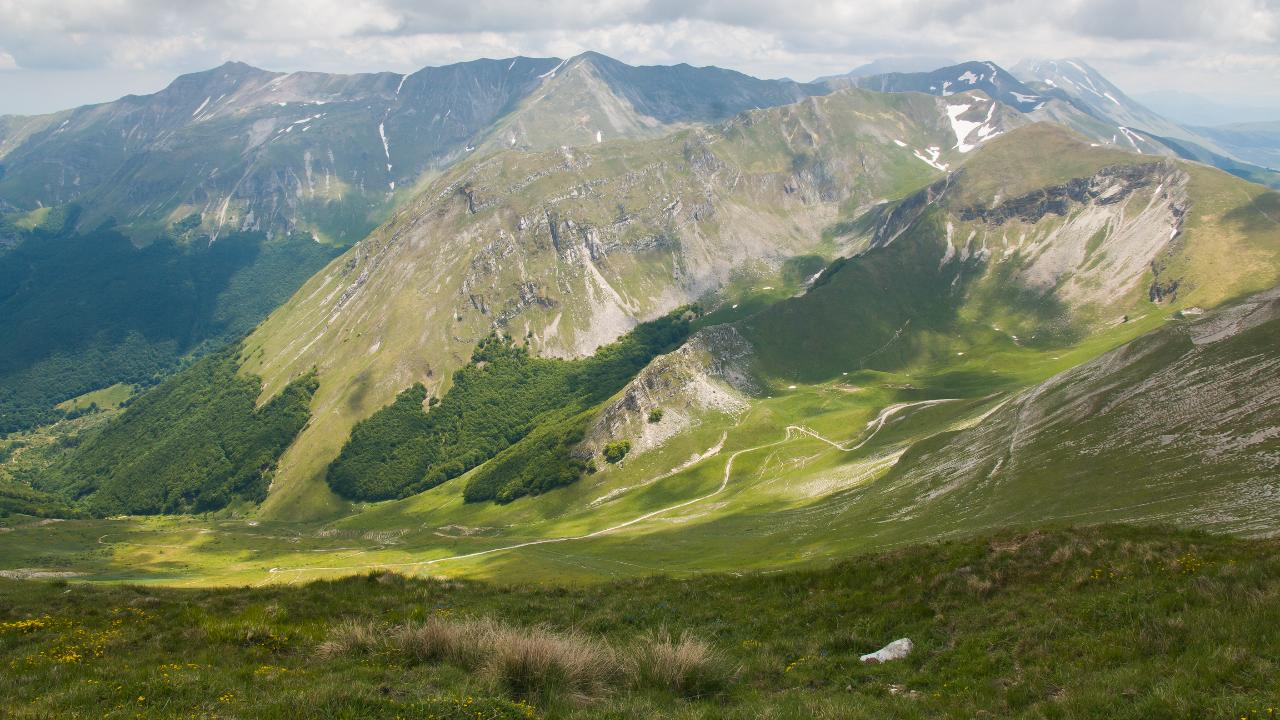 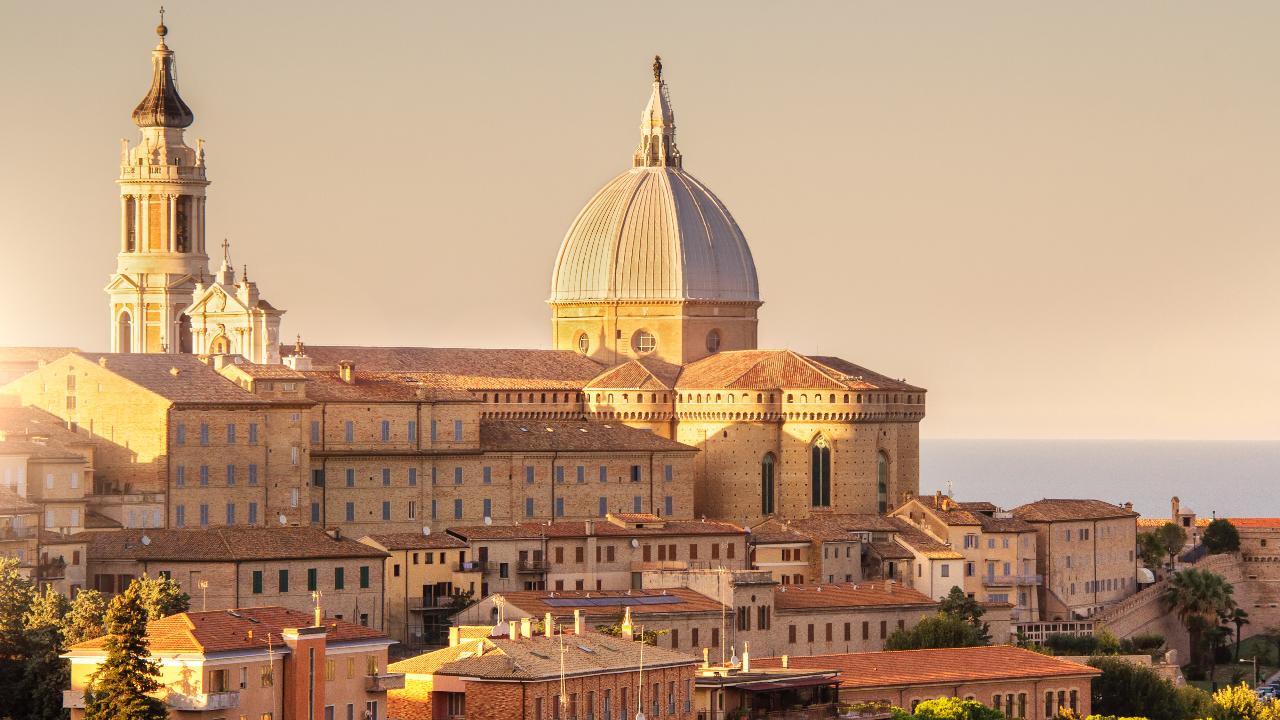 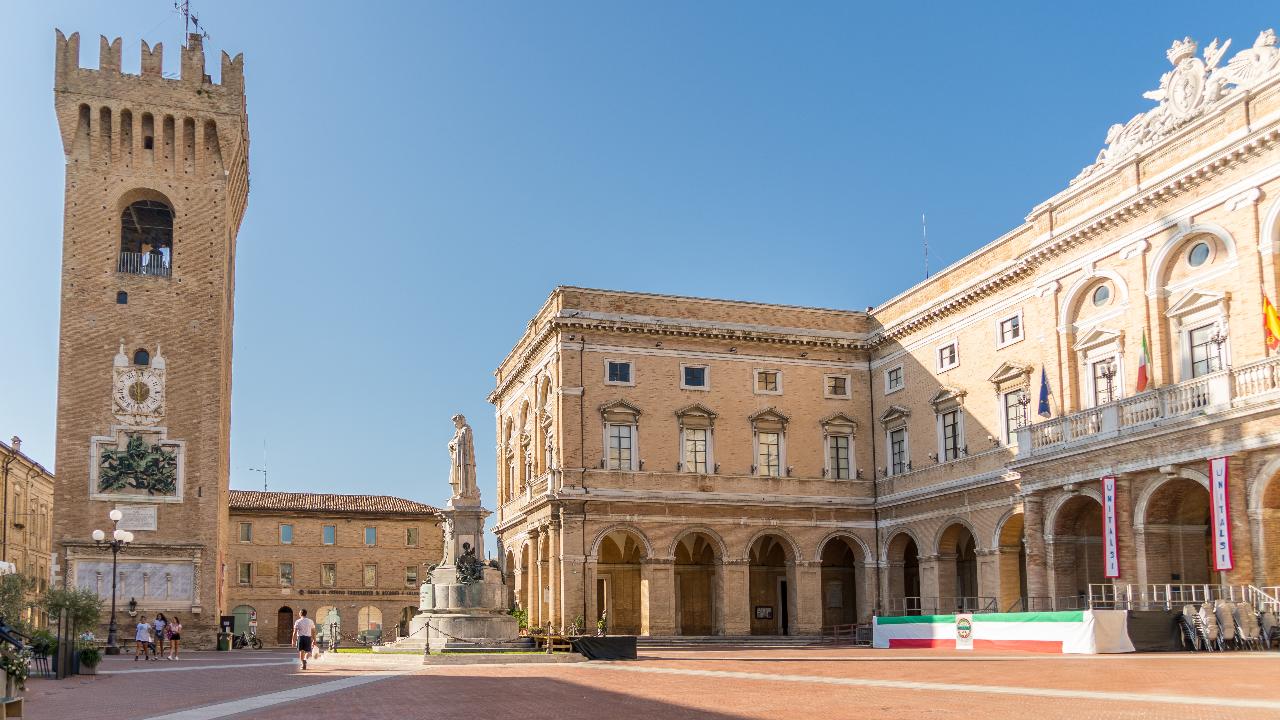 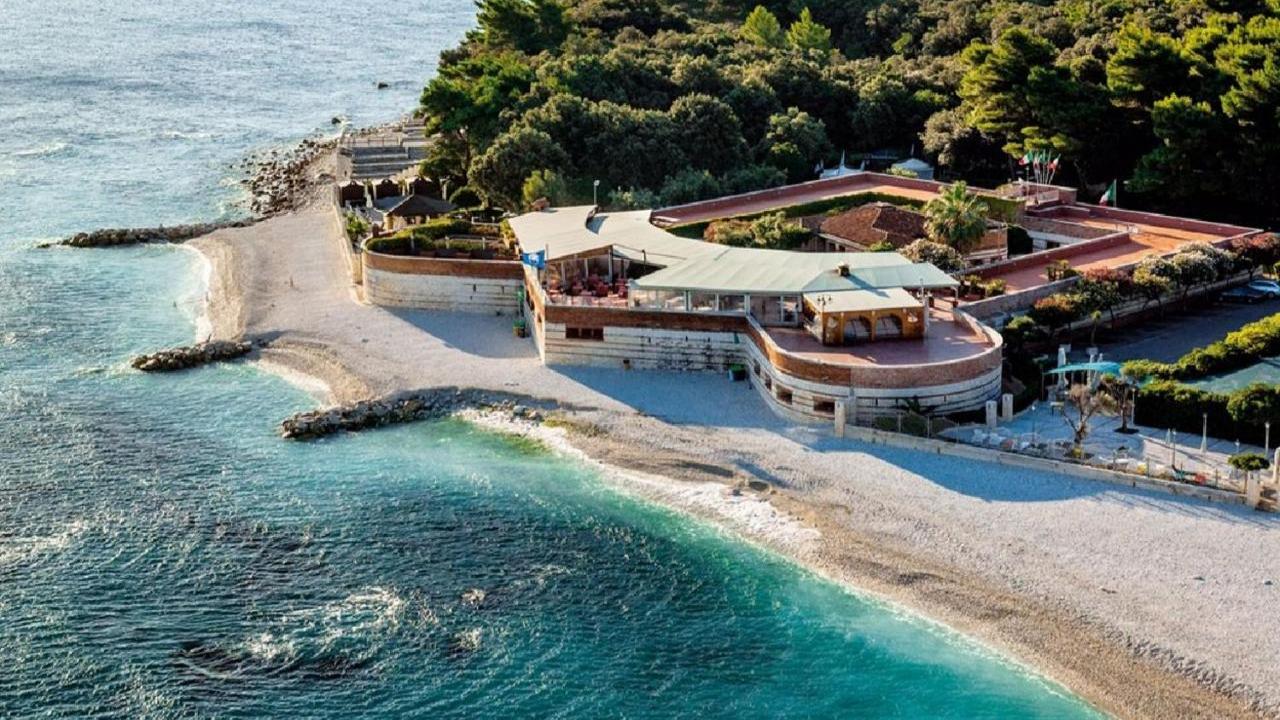 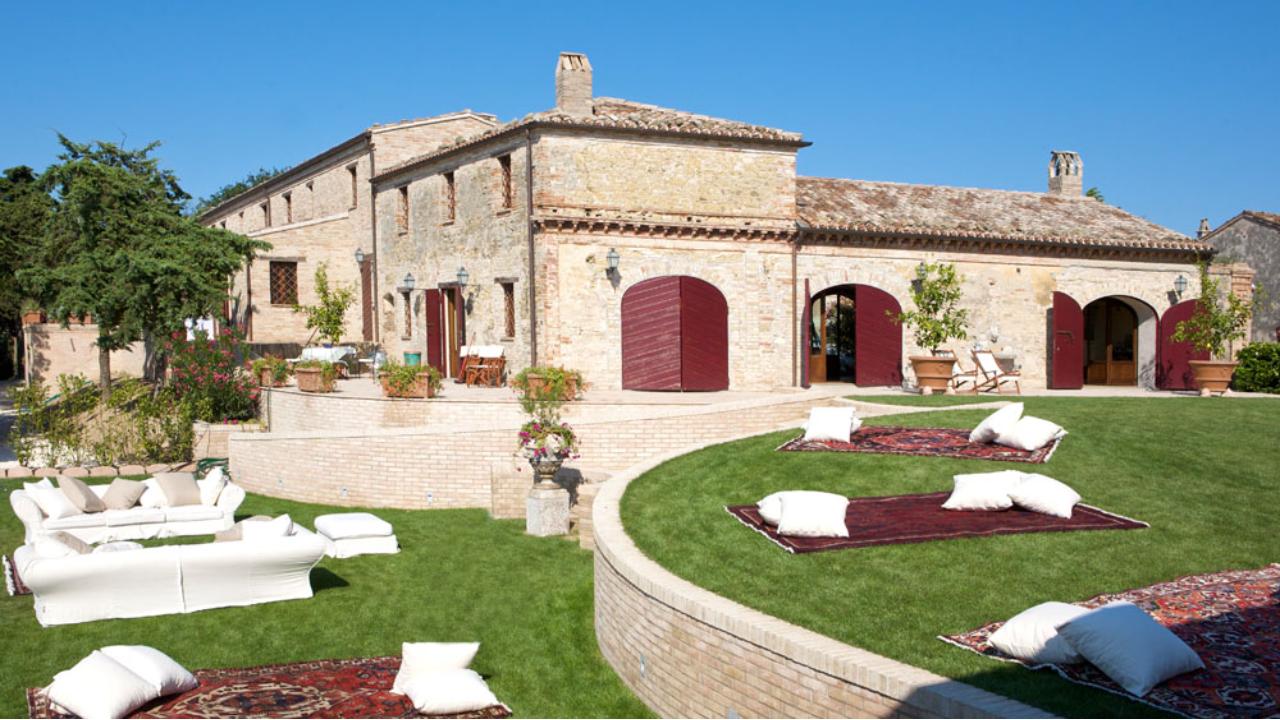 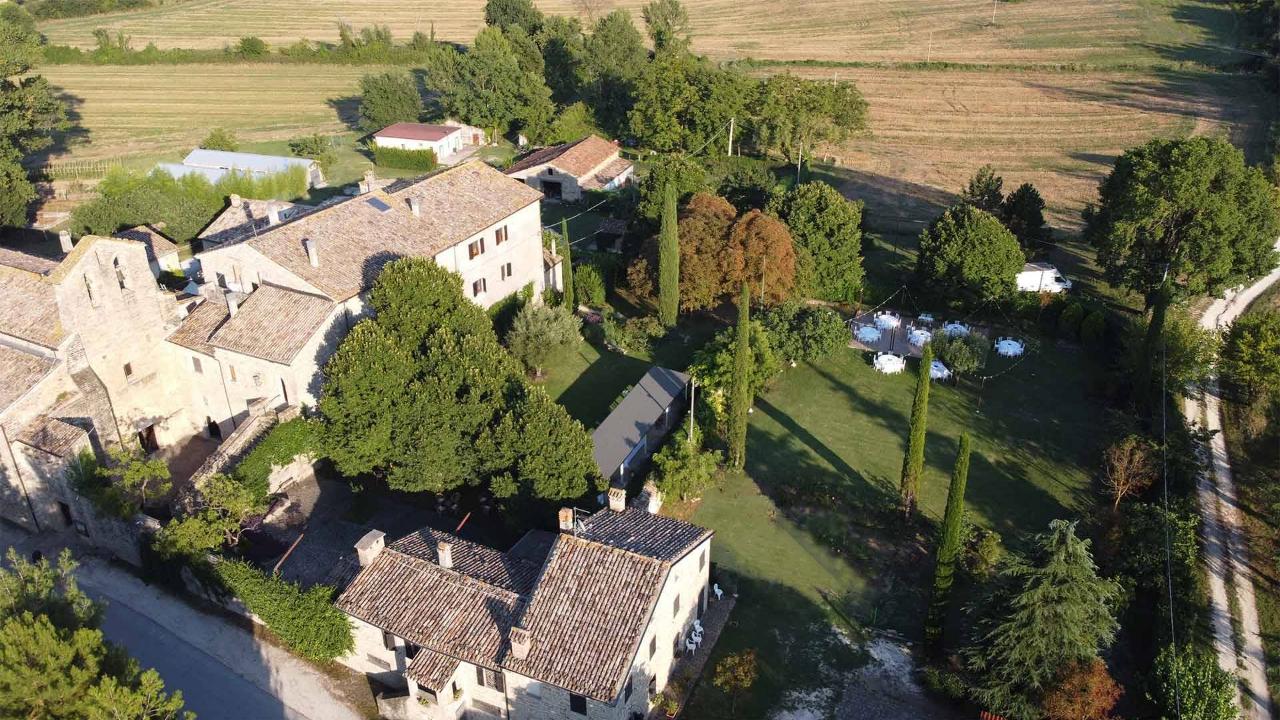 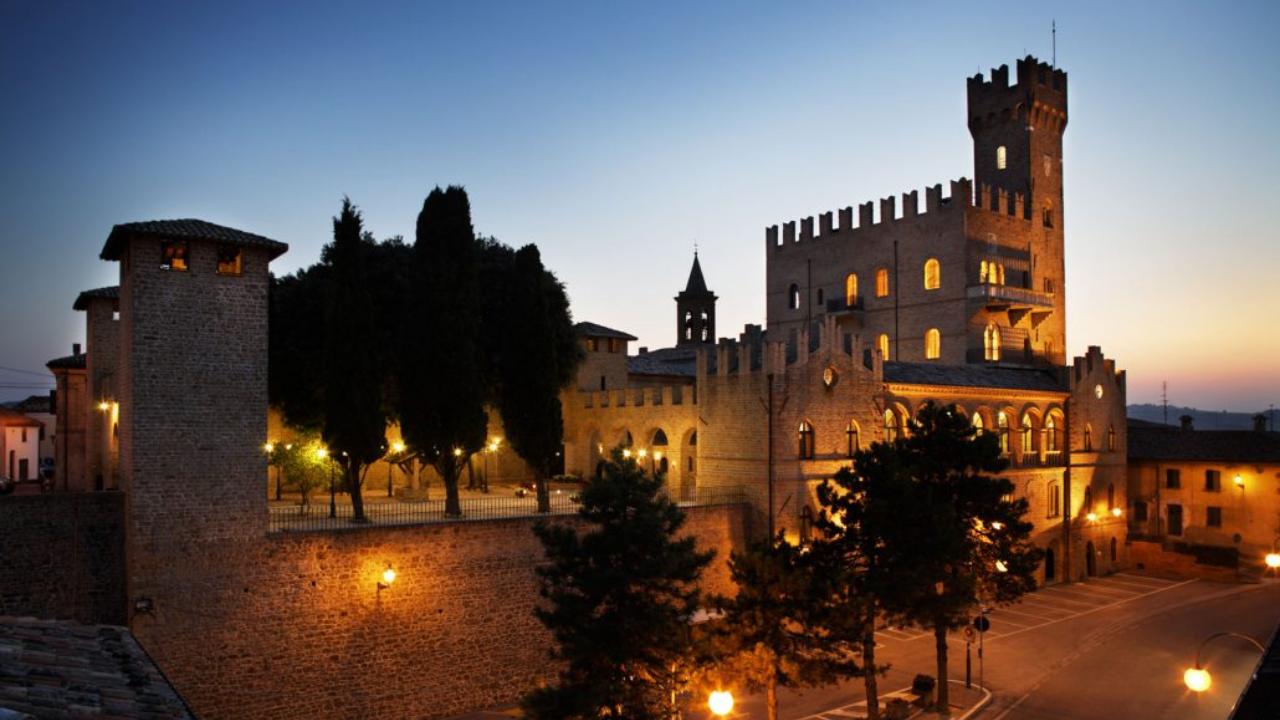 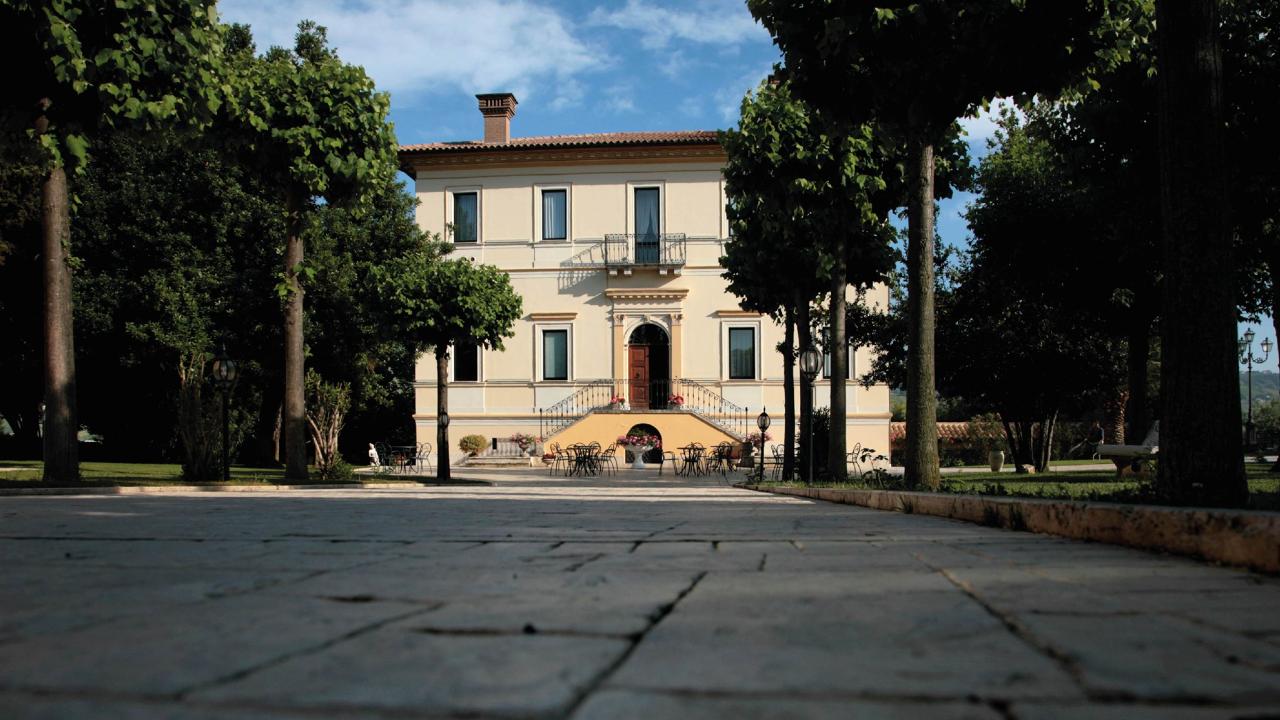 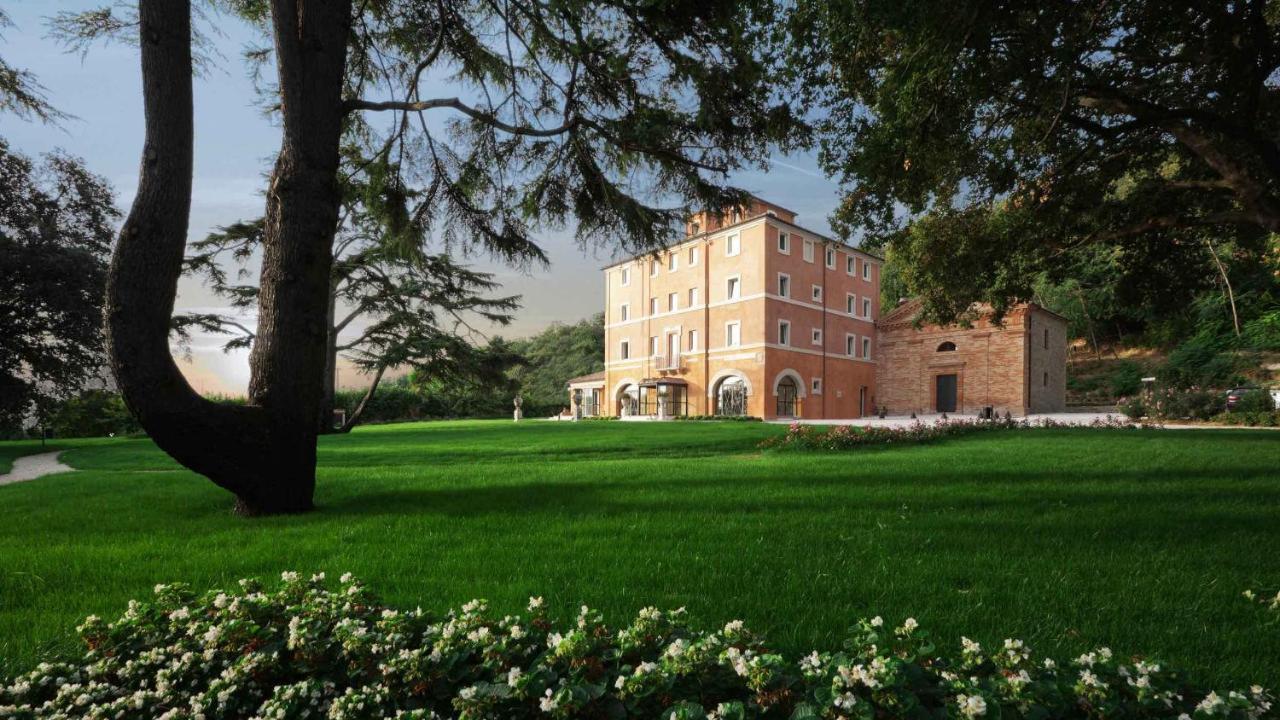 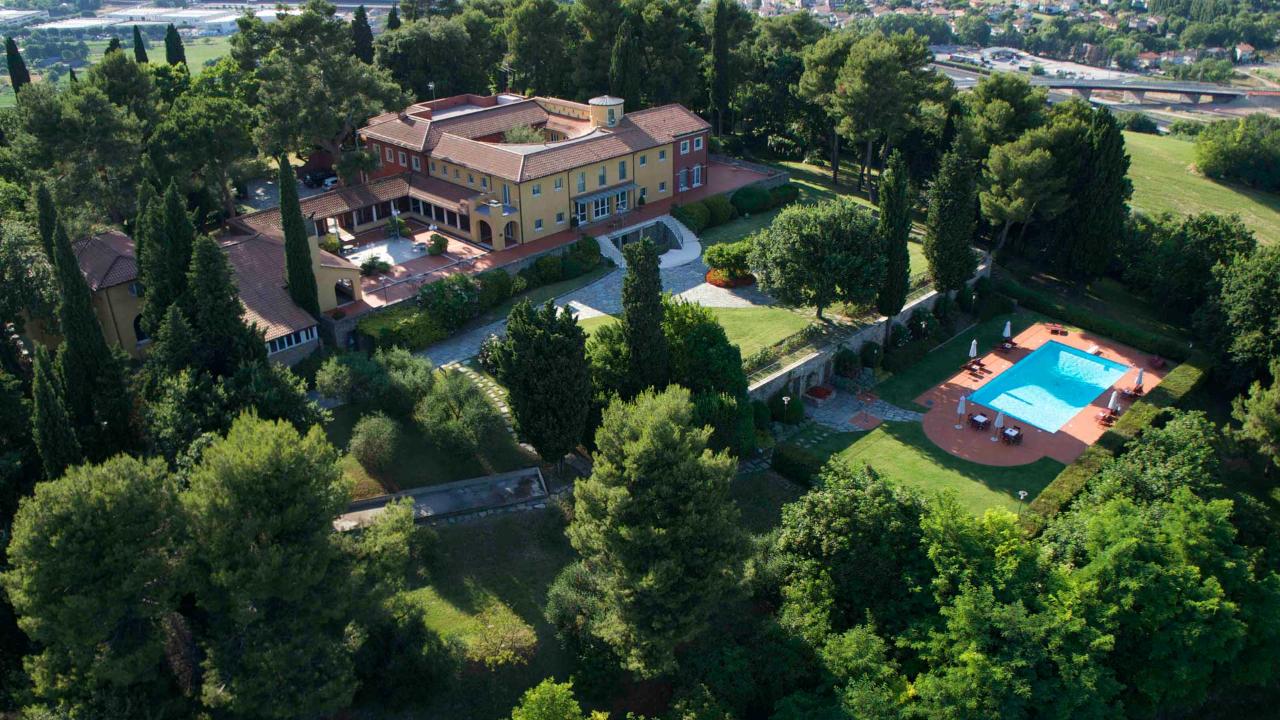 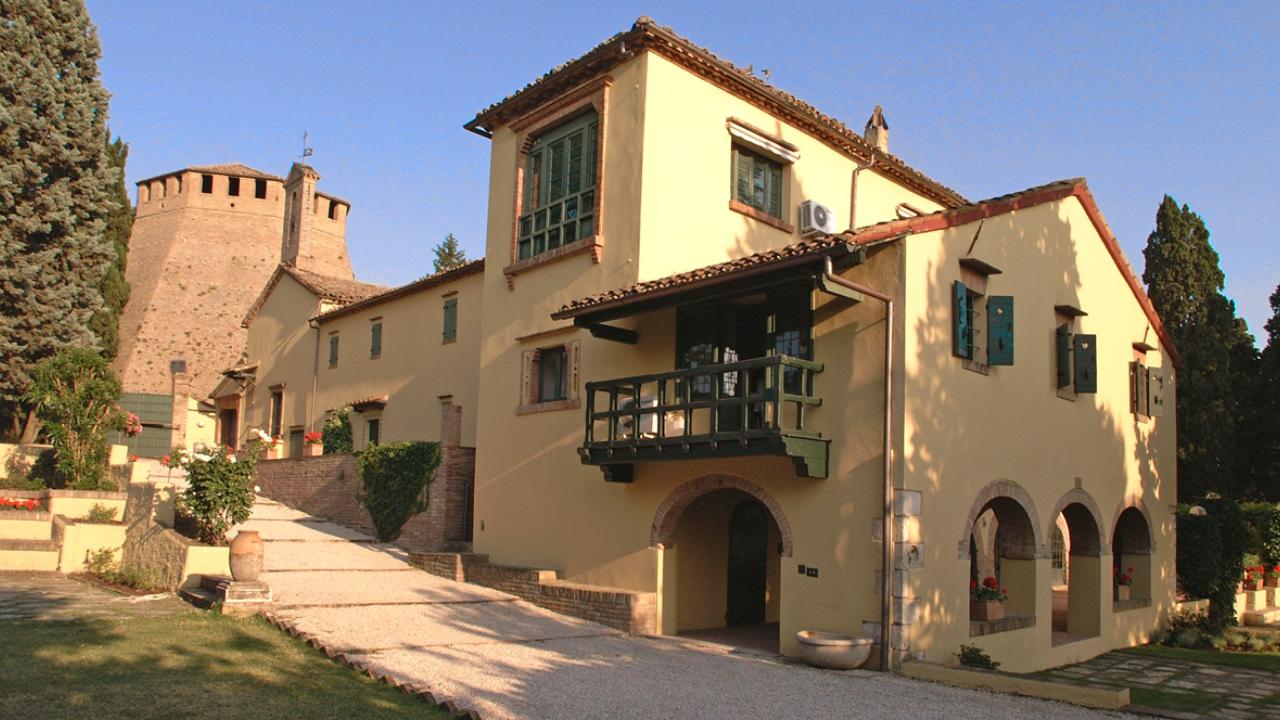 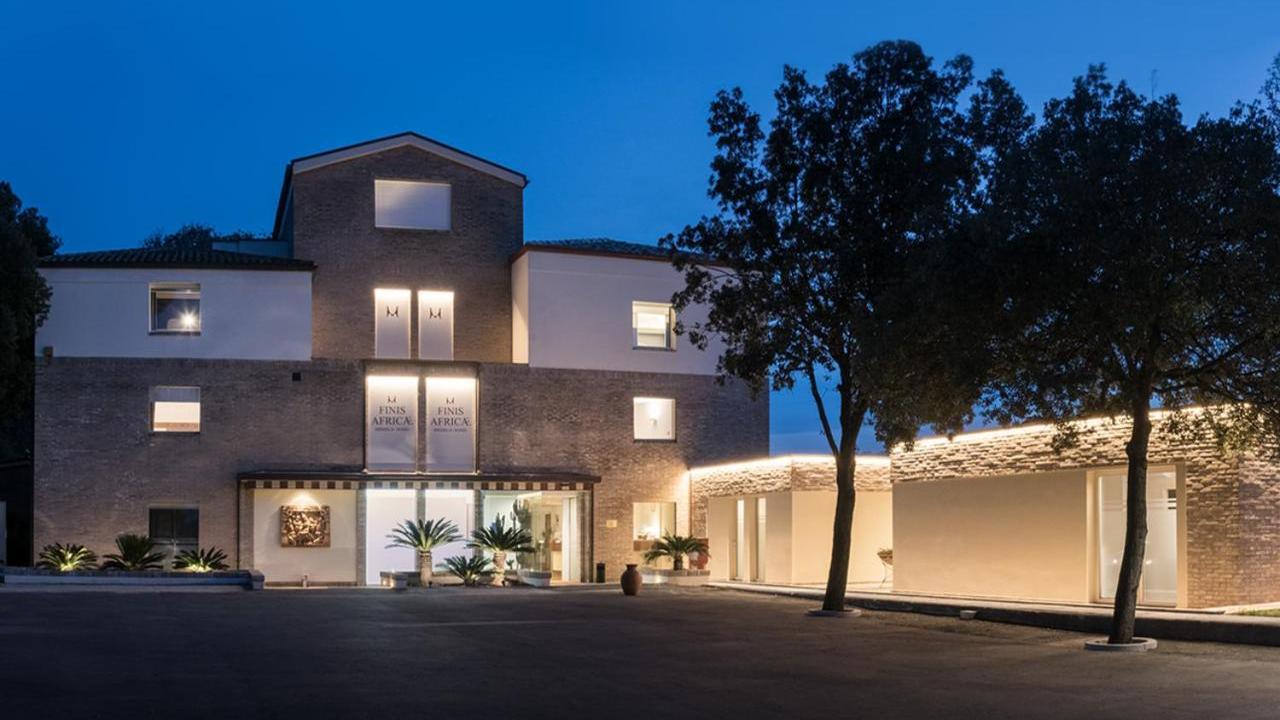