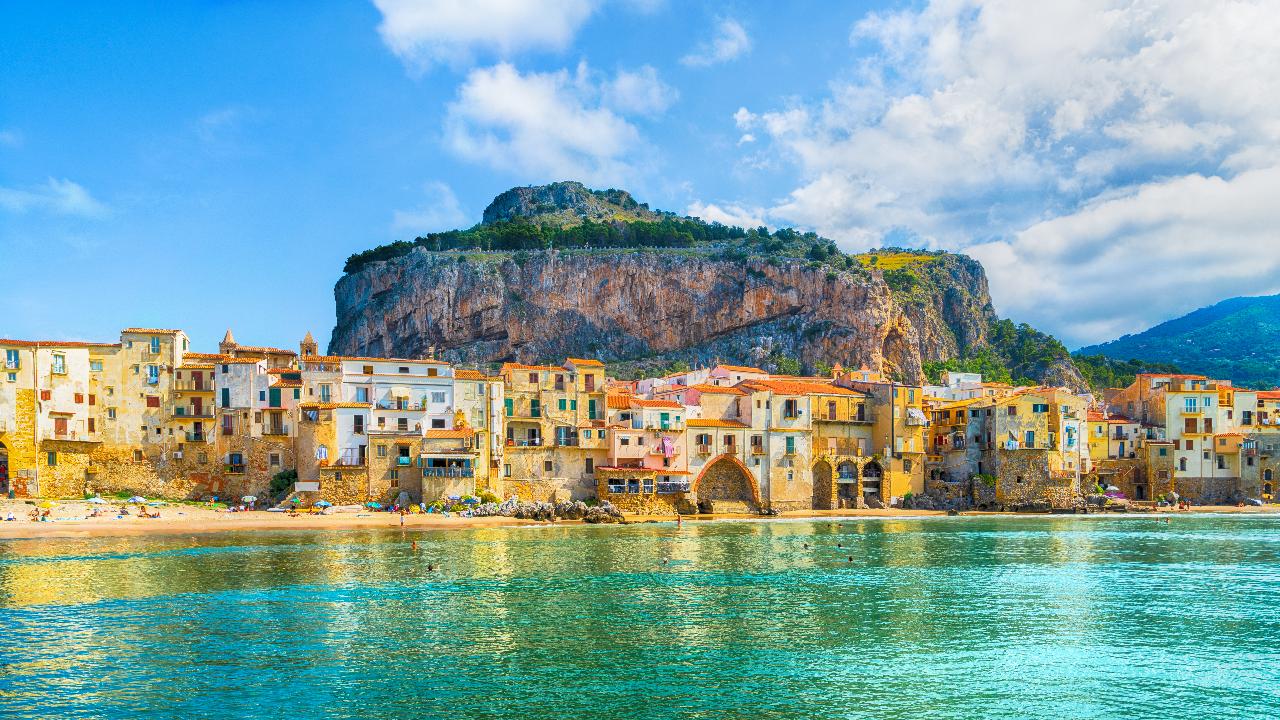 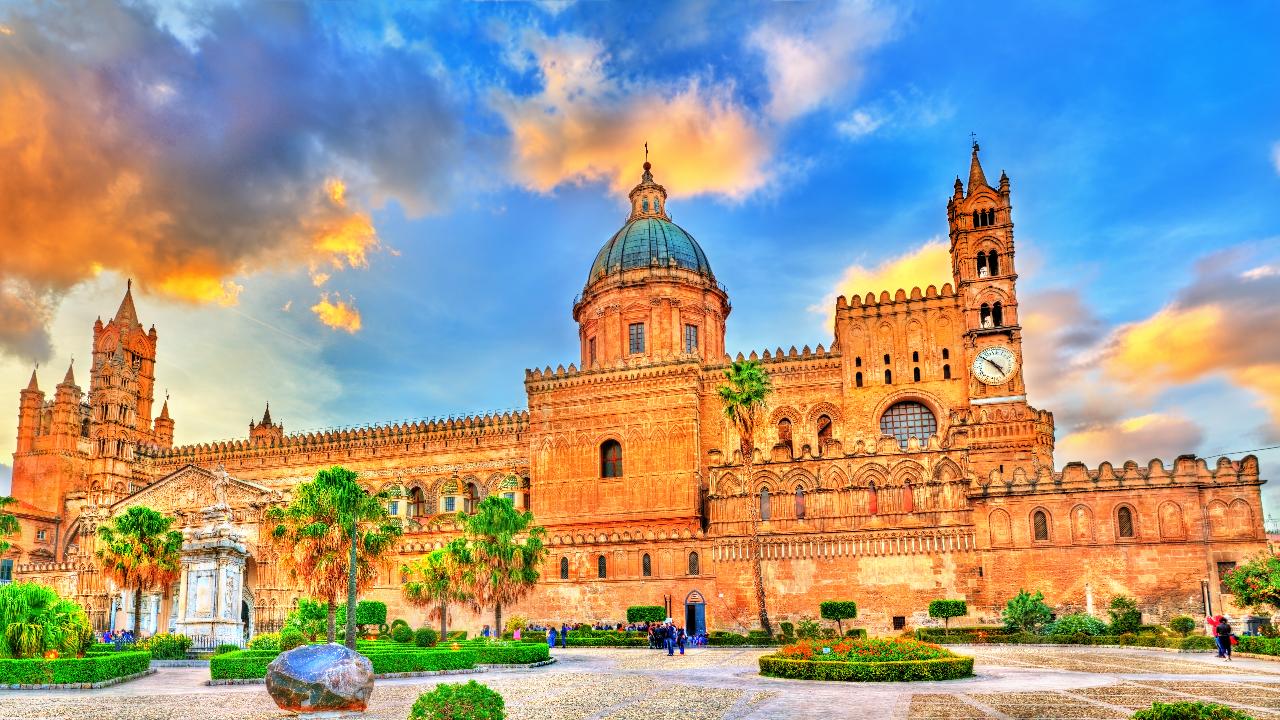 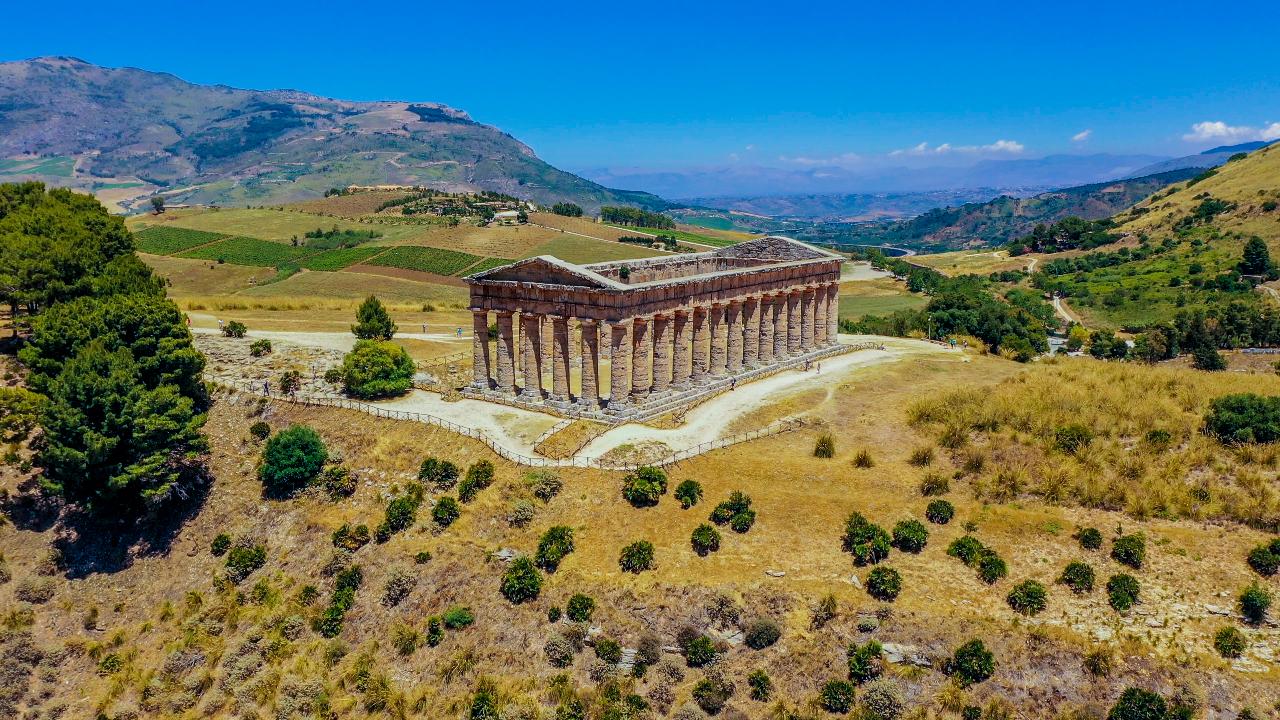 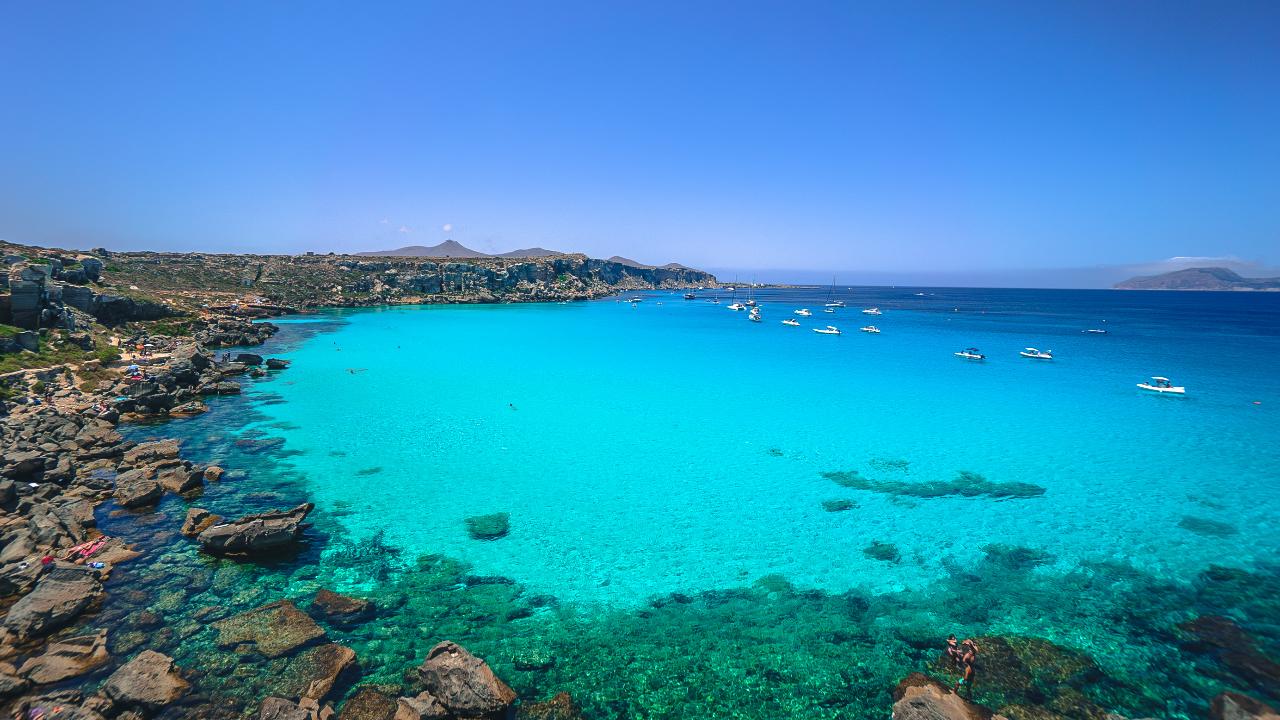 Sicily is the largest island in the Mediterranean, where multiple civilizations have alternated (Greeks, Phoenicians, Romans, Byzantines, Arabs, Normans, Spaniards, Austrians) that have enriched it with villages, castles, ports, cities and monuments, and which offers splendid vestiges of the past, such as the Valley of the Temples, which is a Unesco site, like Agrigento and the Aeolian Islands: an archipelago of volcanic origin consisting of seven islands (Lipari, Vulcano, Salina, Stromboli, Filicudi, Alicudi and Panarea) rich in beaches, coves, caves, inlets, stacks and incomparable sea beds.

The island is the land of the “Pupi” (from the Latin “pupus”, which means little child): characteristic wireless puppets, which give rise to chivalrous narratives derived from novels and poems about Charlemagne and his paladins, moved with rods by “Pupari” to the rhythm of shields and swords, and which Unesco has registered among the oral and intangible heritages of humanity.

For your catering: the “Arancino”, a cone or a sphere of stuffed rice (with meat sauce or cheese or butter) breaded and fried; the “Pasta alla Norma”, prepared with macaroni or various types of short pasta and topped with tomato, fried eggplant, salted ricotta and basil; the “Pasta con le sarde”, long pasta (bucatini or macaroni) with fresh sardines, wild fennel, raisins, pine nuts, onion, saffron, oil, salt and pepper; “Pasta ‘ncasciata”, prepared with macaroni, minced meat, caciocavallo, aubergines and tomato sauce; the “Panelle”, fried foods prepared with a batter of chickpea flour, water, parsley and salt; the “Cazzilli”, fried croquettes of potatoes, pepper and parsley; the “Caponata”, of which there are dozens of variants, but the basic ingredients are fried aubergines, tomato, capers, olives, celery, onion, salt, vinegar and sugar; the “Cipollina”, puff pastry filled with stewed onions, tomato sauce, mozzarella and ham; the “Pidone”, a fried pastry in the shape of a triangle or crescent, filled with anchovies, tuma and curly endive; the “Arrusti e mancia”, or any type of roasted meat, with a predilection for horses and donkeys; the “Couscous trapanese”, made with soup fish; the “Purpu vigghiuto”, or the boiled octopus. Among the desserts: the “Cannolo”, a fried dough wafer rolled up and filled with fresh ricotta garnished with candied orange peel or chopped pistachios or chocolate chips; the “Cassata”, a cake made with fresh sheep ricotta, sponge cake, almond paste, sugar glaze and candied fruit decorations; the “Granita”, a semi-frozen grainy liquid made from water, sugar and extract of the main ingredient (lemon, pistachio, coffee, black mulberries and so on); the “Pasta Reale”, or almond paste, prepared in the shape of biscuits and pastries. Wines: Nero d’Avola, Alcamo, Cerasuolo, Salaparuta, Terre Siciliane, Marsala, Passito di Pantelleria. 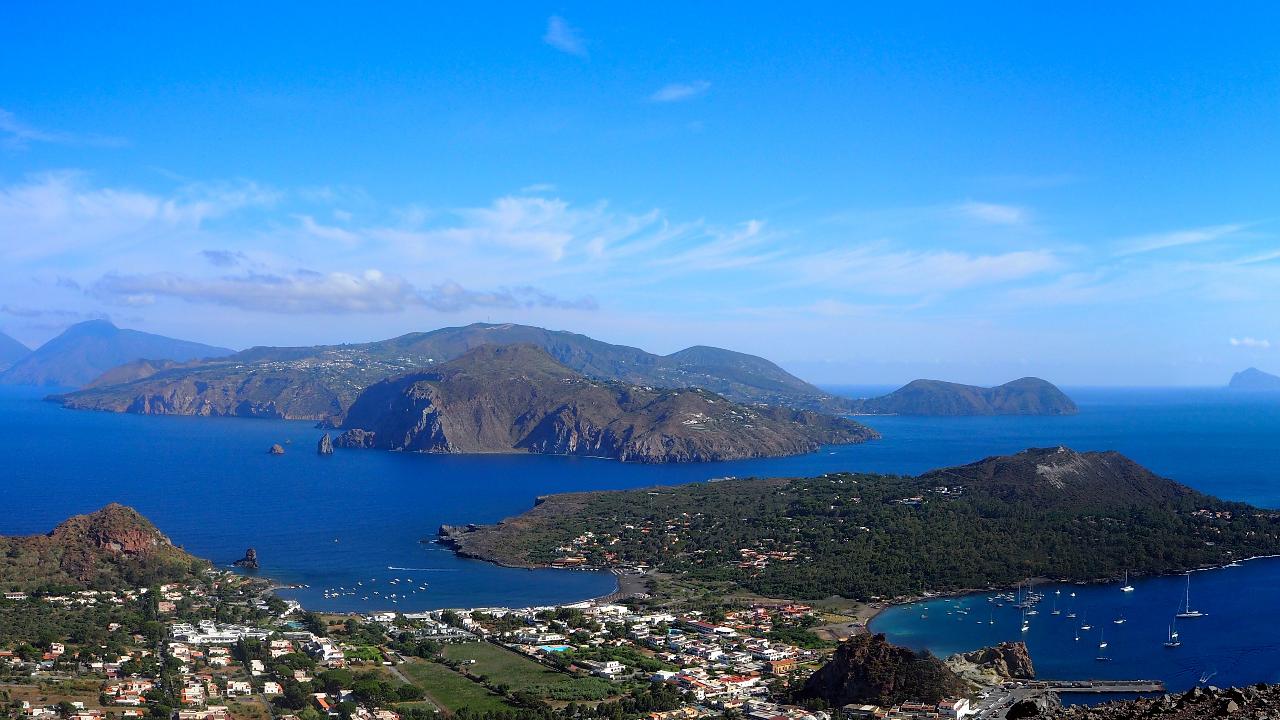 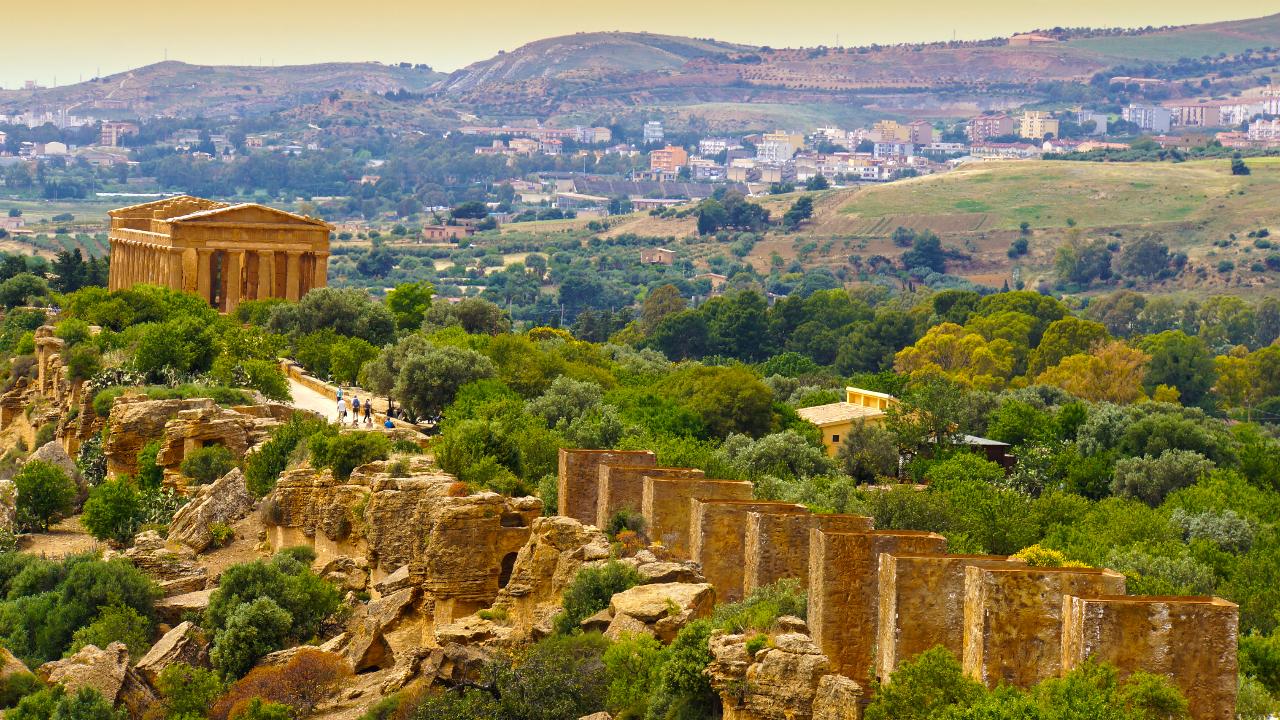 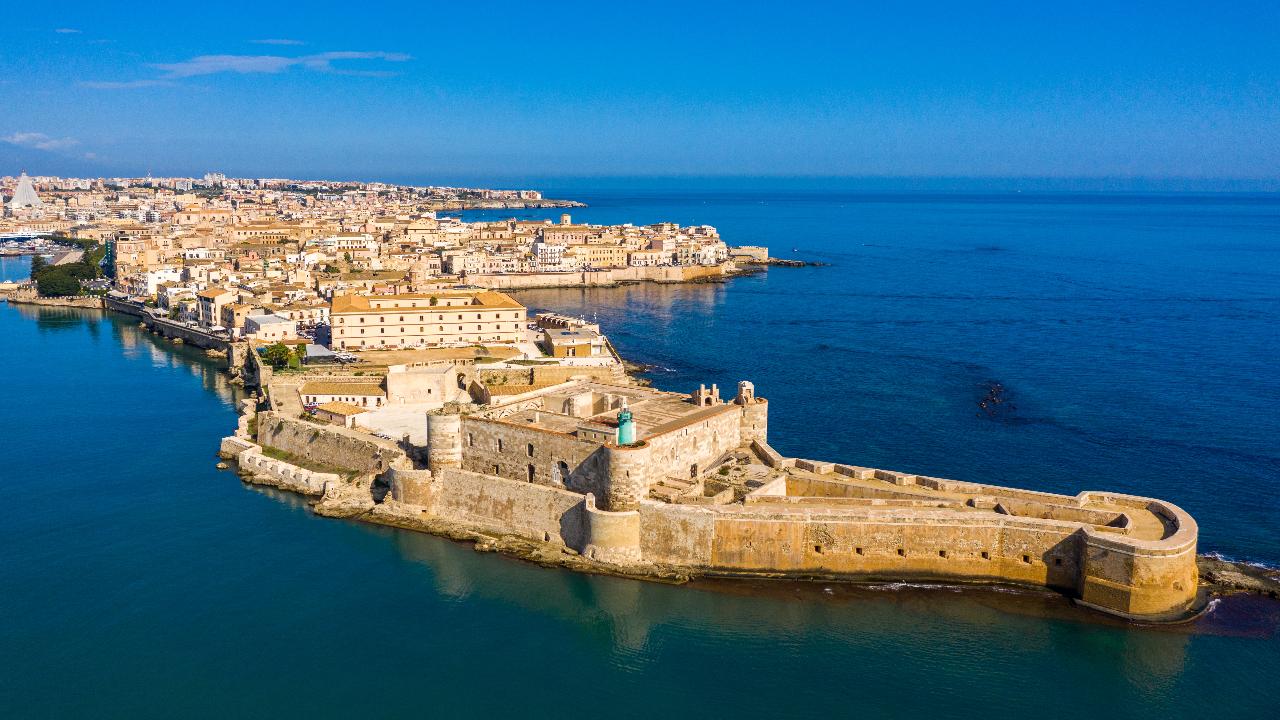 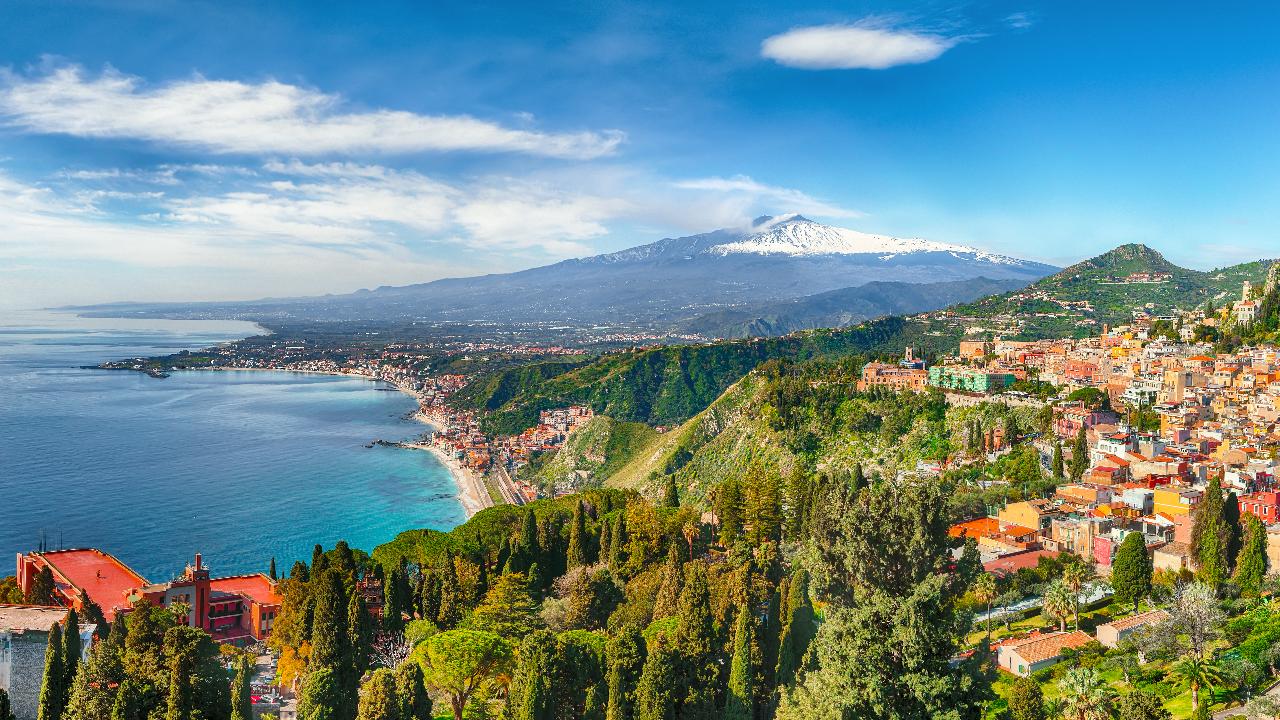 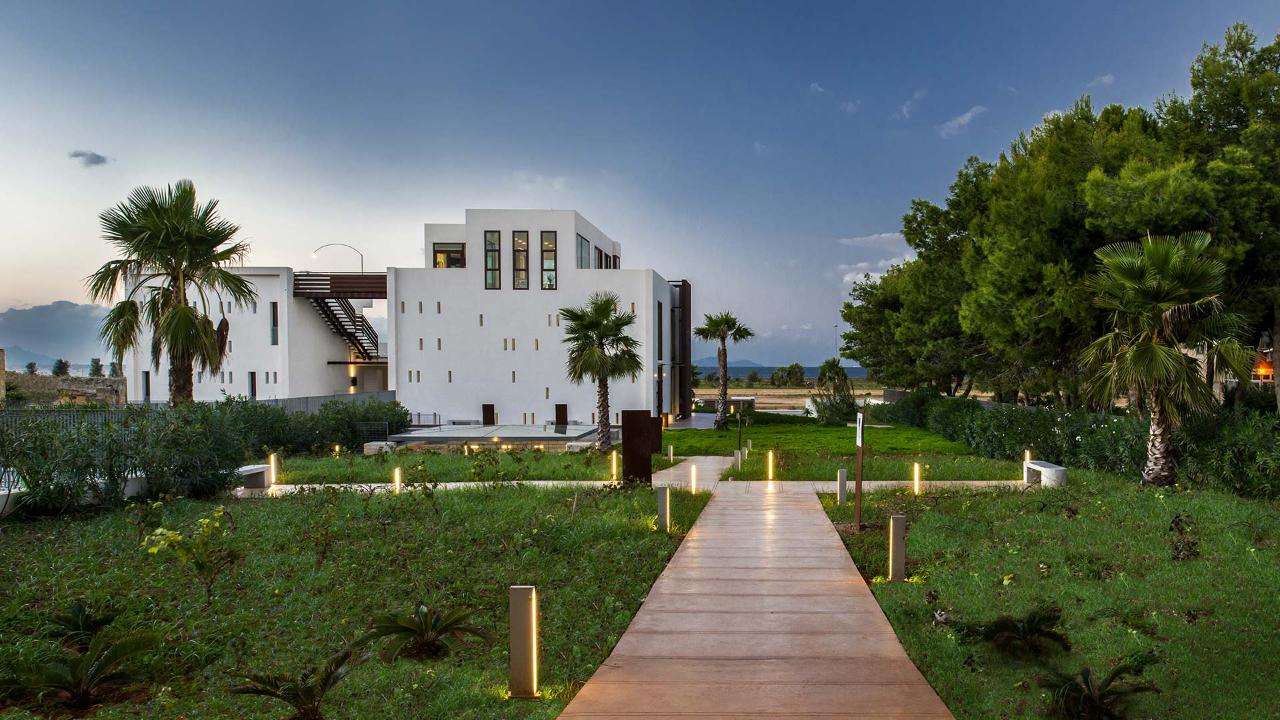 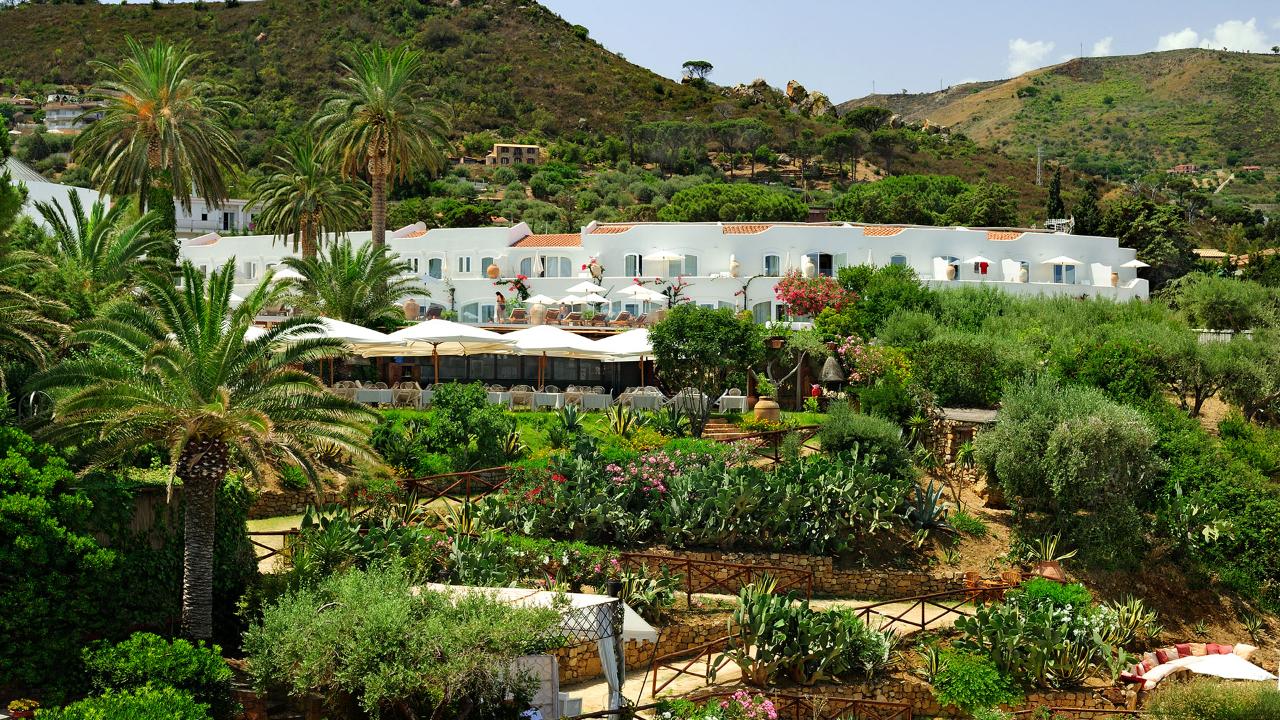 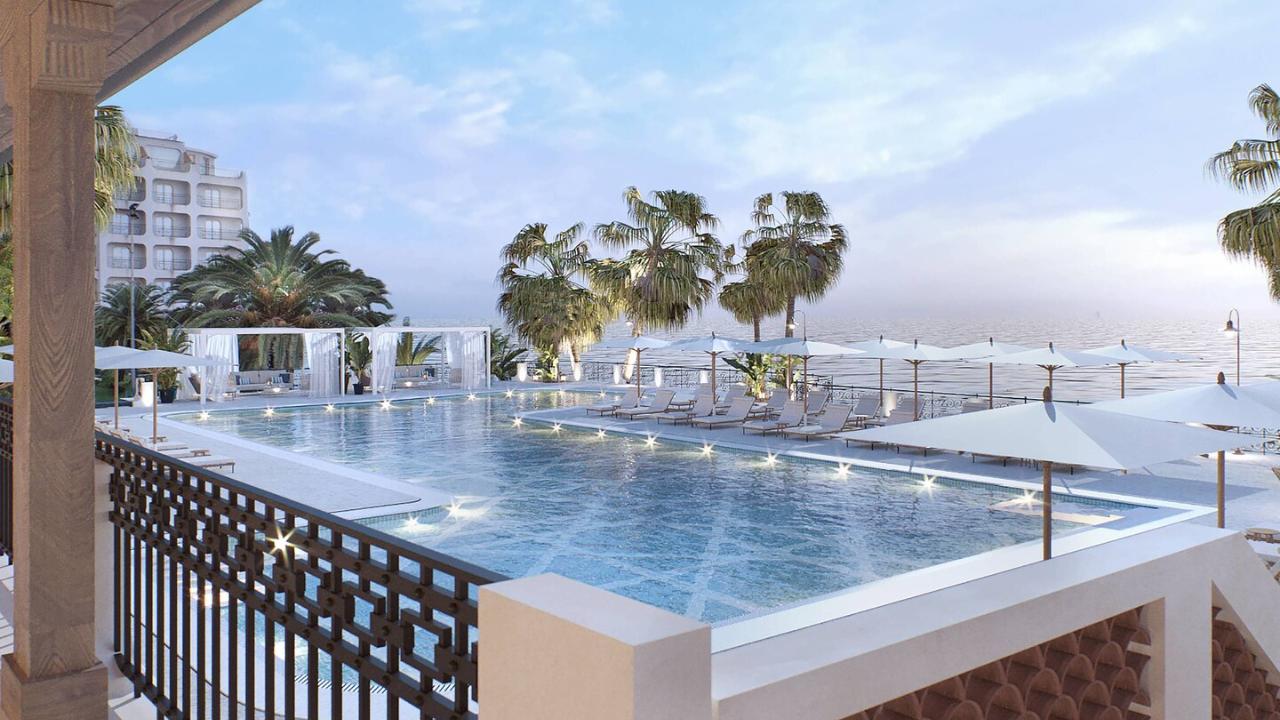 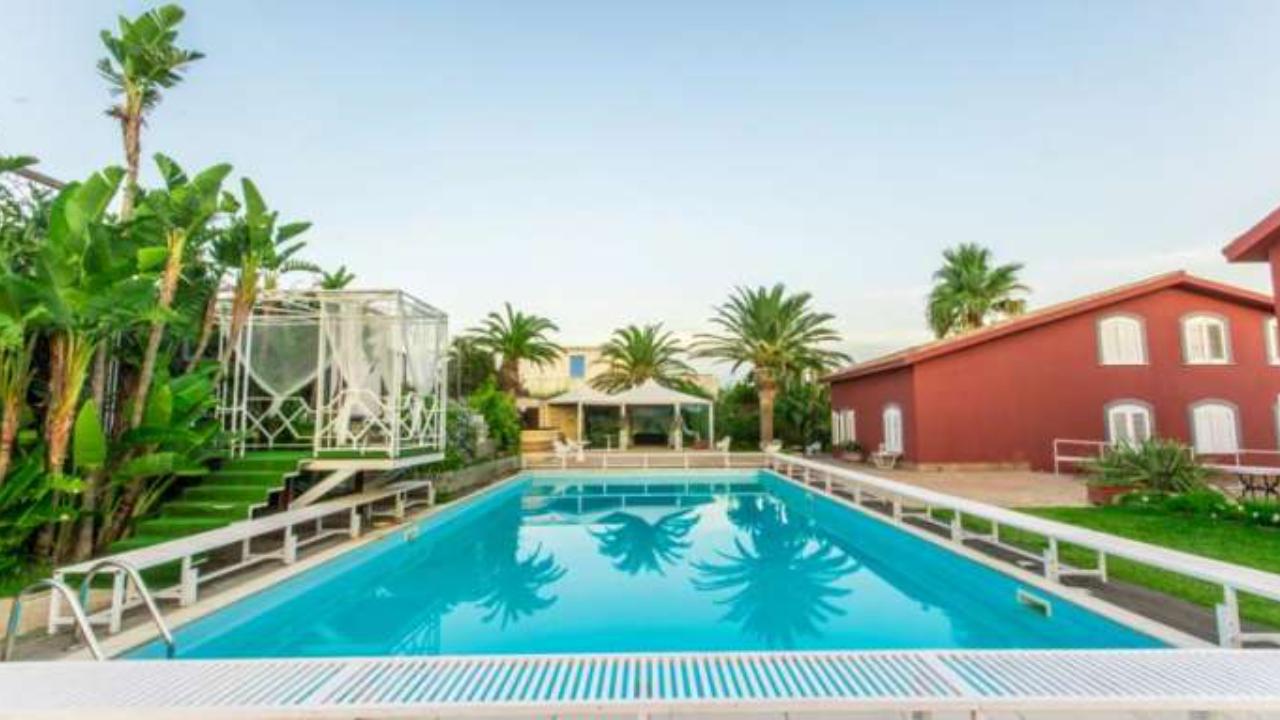 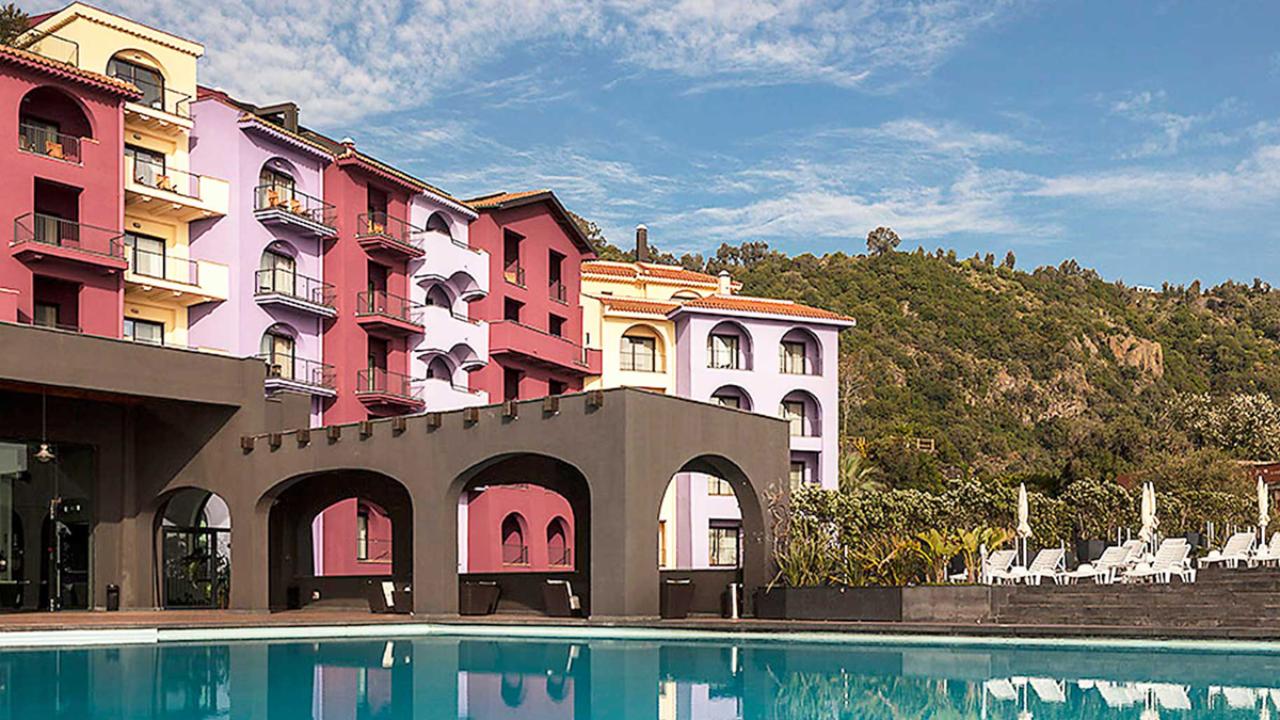 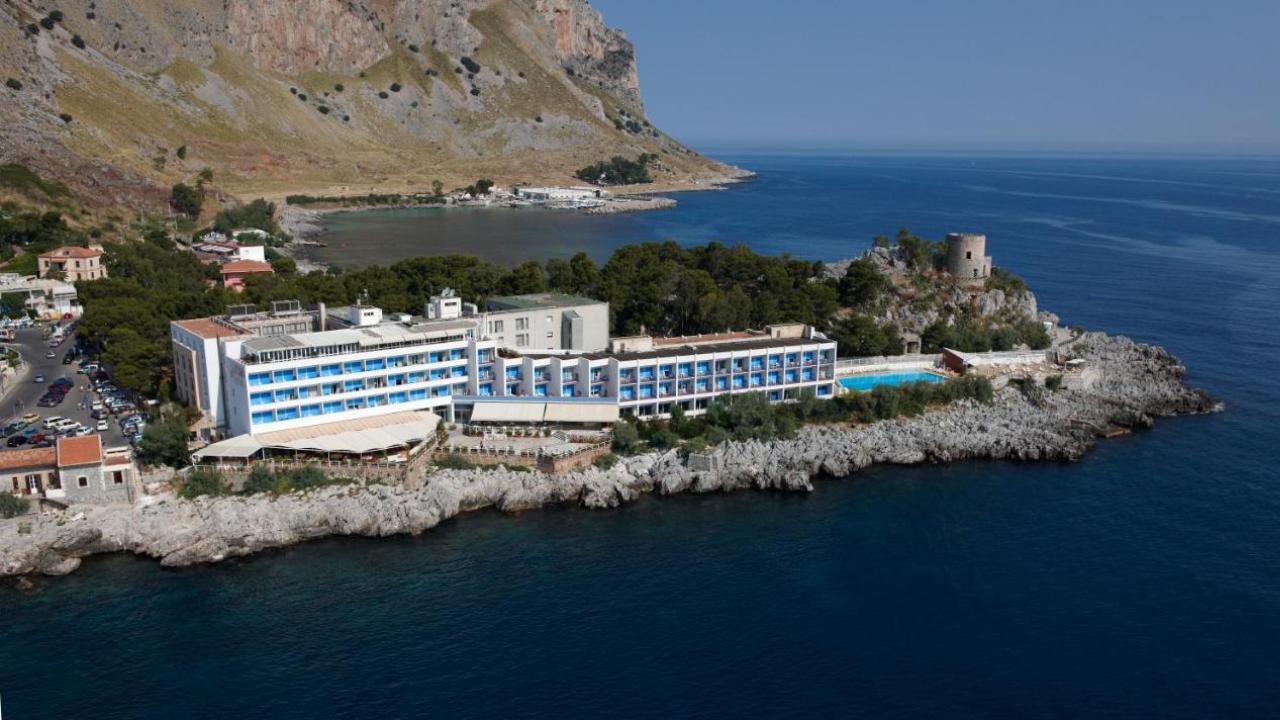 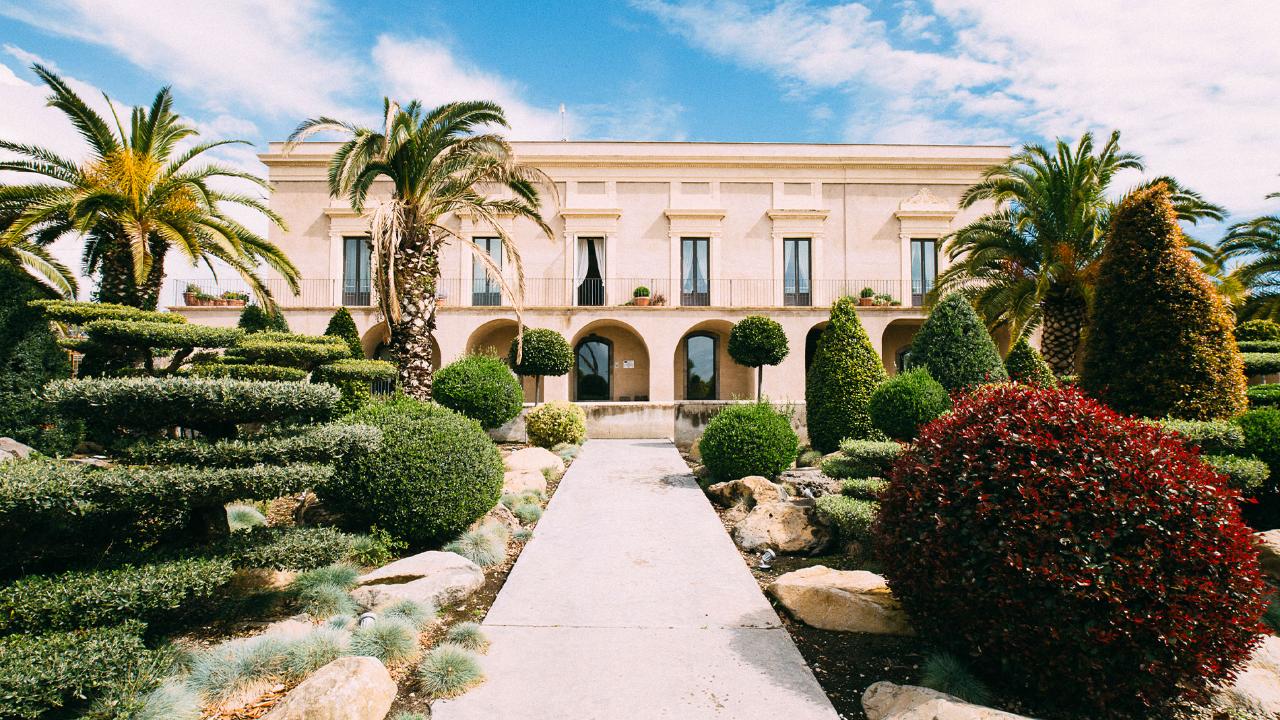 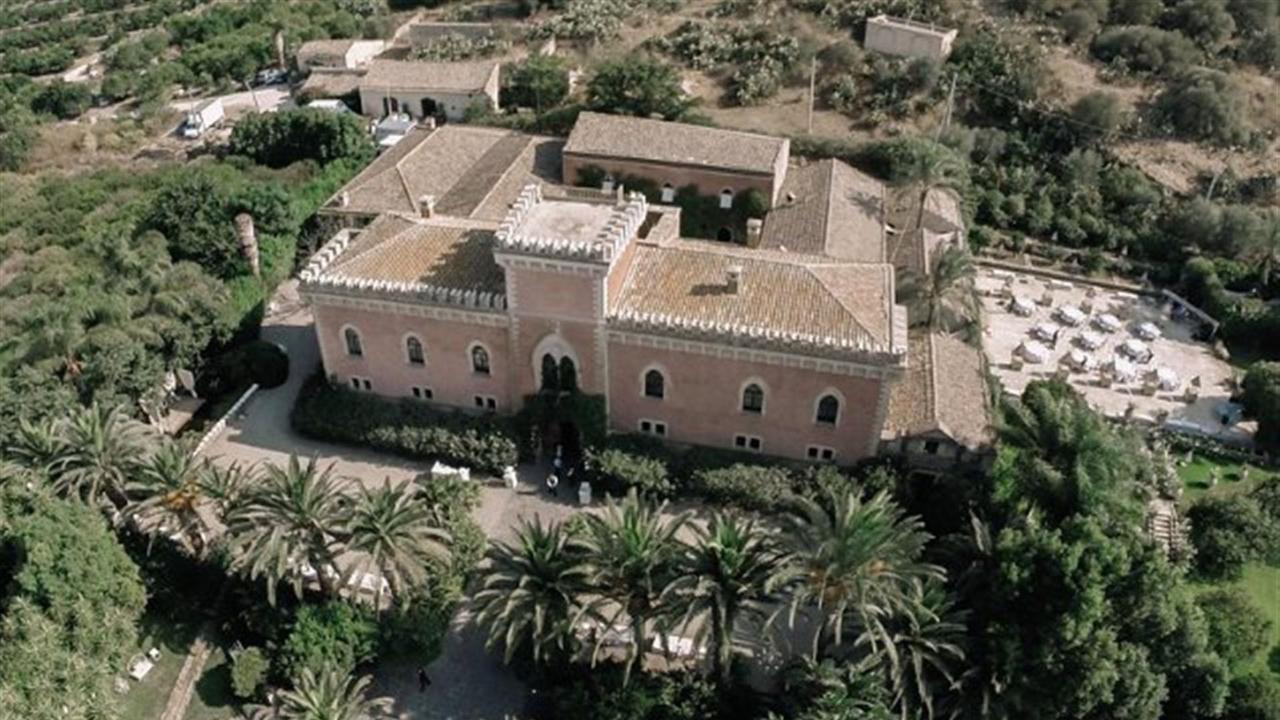 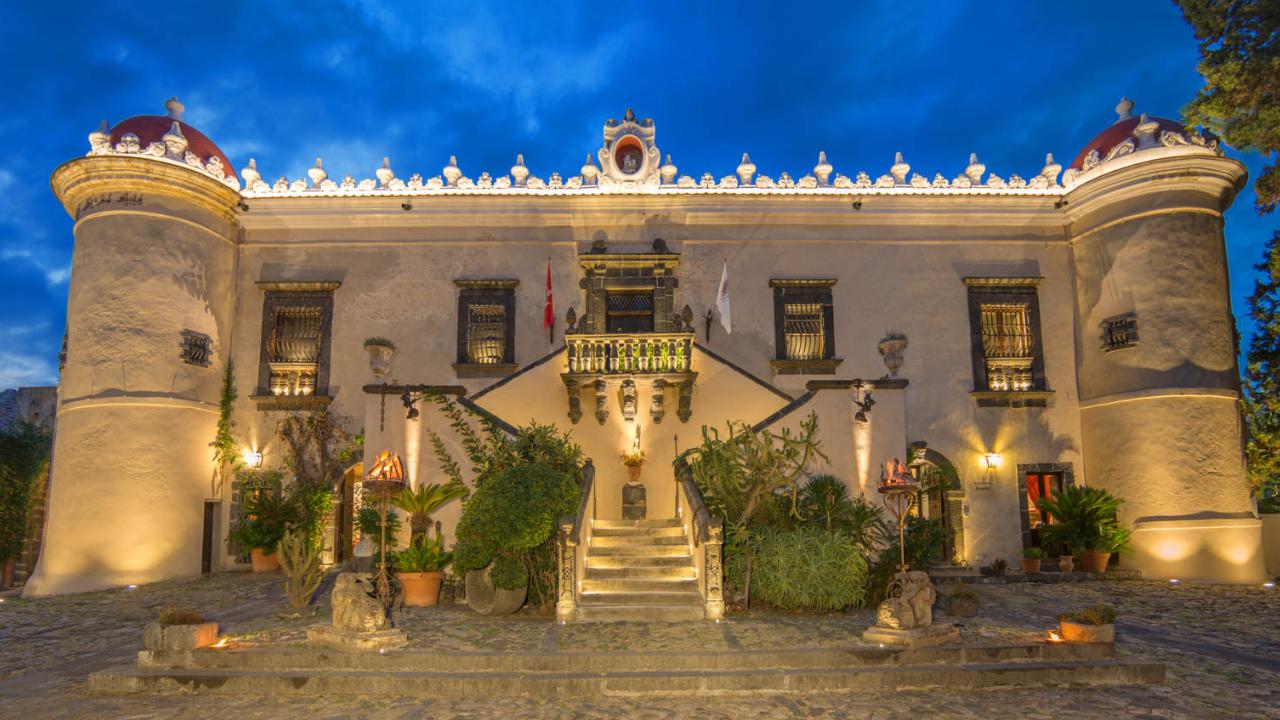